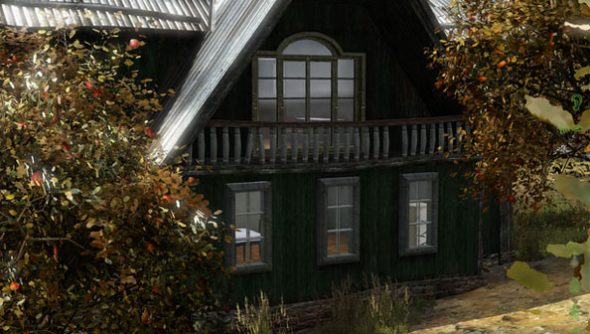 Given its lean development time, missing team members and ludicrous ambition, it’s somewhat incredible that DayZ’s standalone version hasn’t once deviated from its tentative release date of ‘before 2013’, instead running towards its self-assigned deadline like a delicious human down an empty highway. Dean ‘Rocket’ Hall admits that there’s a chance the game won’t hit the early-Minecraft alpha state they’re happy with this month – but even now refuses to announce a delay. We’ll know for sure next week, apparently.

“The changes we’ve been making are so fundamental to the game that estimates can be a bit of a stab in the dark. The lucky thing is, so far nearly everything has taken less – even much less – time than we expected,” he explained.

“So we won’t know until next week, and we’ll let people know the plans from there,” Hall told Joystiq.

The game will enter open testing in some form this month even if the release proper is pushed back, he continued.

“We haven’t announced a delay yet. We’re just saying, if it comes down to it, we will slip the date no matter what effect it would have on sales – rather than ship something we believe is not ready as a first step.

“We’re also trying to be honest about the uncertainty over the impact of these major architectural changes,” he added. “Initially, this was just going to be ‘mod on steroid’. This is now really a refurbishment of the engine specifically to suit DayZ.”

The Arma 2 engine isn’t the basis for DayZ standalone, said Hall last month, complaining too that internet debate on the subject had been “maddeningly uninformed”. So we’d better leave that one there.

Are you still counting on coming home to Chernarus for Christmas?

{"schema":{"page":{"content":{"headline":"DayZ standalone release date might miss December; \u201cWe will slip the date rather than ship something we believe is not ready\u201d, says Rocket","type":"news"},"user":{"loginstatus":false}}}}