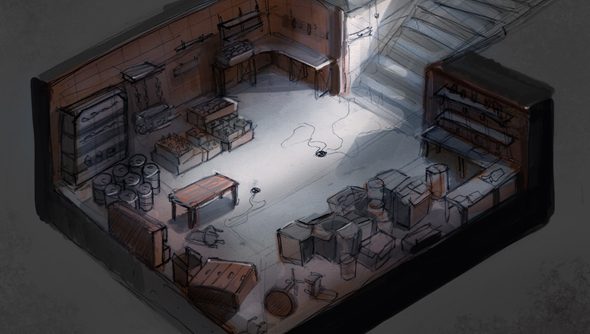 We’ve incurred Dean ‘Rocket’ Hall’s wrath. Ever since DayZ standalone was announced we’ve circled over the game, cawing about Arma 2 engines and Take On Helicopters engines and whathaveyou. But most of the talk about what DayZ’s going to run on has been “maddeningly uninformed”, says Hall, so he’s looked up from his monitor to put us straight.

“When I read many comments regarding the choice of engine, it can be very frustrating,” he writes on the DayZ Tumblr. “Up there with the endless debates of what is or is not alpha, is the maddeningly uninformed arguments about what does or does not constitute a ‘new engine’.

“I see people say that DayZ is based on the ArmA2 engine, or Take on Engine, or even the ArmA3 engine. I have been joking with team members on the project, that if we were to focus on making shader updates and not change anything else, everyone would be proclaiming that it was a ‘new engine’.”

Good one, Dean. So what is different about the way DayZ standalone runs?

“Currently ArmA is running simulation calculations on all clients and on the server as well. Clients have the power to make changes to their world,” says Hall.

“When the world is as complex and changing as that which DayZ creates, it has created an environment where hacking and performance issues abound. This is not an issue with ArmA, this is an issue of the designer (me) making a design that far outreaches it’s foundations.”

Hall and the DayZ team plan to pull simulation calculations from the client’s side and instead simulate everything essential through the servers, a la every MMO you’ve ever played. The non-essential stuff will be defenestrated.

“We’re not just locking the application and data down any more, but we’re making the server the umpire,” he continues.

“We’re ripping out everything not required and replacing it with an optimized solution that has players (the survivors) and AI (the zombies). Our zombies don’t need to conduct flanking maneuvers, they don’t need to reload their magazines. They are simple, and our architecture reflects that.”

A post-apocalyptic Chernarus (mostly) without hacking and performance issues. Can you imagine it?