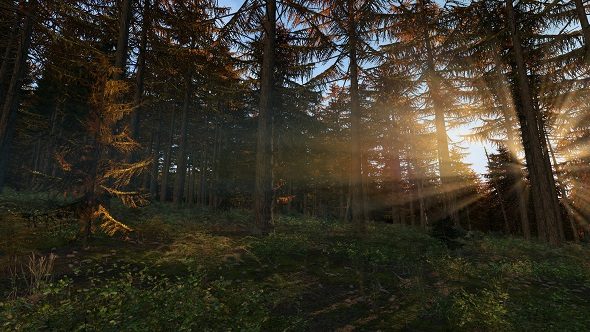 Bohemia Interactive have released the latest update for DayZ, their shambling Early Access zombie game. It features the biggest improvements to the game in months, making the world look better in pretty much every way.

The update adds more foliage, improves the behaviour of the wind, updates the lighting, and loads more. Here’s everything it added, via the DayZ forums:

Essentially, the game’s forests should look much fuller and more alive. It’ll also add stealth opportunities for players skulking through – especially if they’re rocking one of those ghillie suits. Mind you, there are also fewer stealth opportunities now, since trees have collision, meaning you can’t hide inside them like a naughty imp.

Players on the forum are loving those all-new ambient sounds – there seems to be a collective sense of relief over the death of one particular bird.