Done right, asymmetric multiplayer can be fantastic. If you’ve ever played a tight game of Splinter Cell’s Spies vs Mercs Classic, you’ll know what I mean. Dead by Daylight sounds like it has the potential to deliver the same thrills, albeit with a horrific edge.

Wondering what the best horror games on PC are right now? We’ve got you covered.

Dead by Daylight‘s four survivors have to try avoid and evade a paranormal killer in a grisly game of cat and mouse, peering around corners with a third-person viewpoint, using stealth, agility and an unlockable moveset to survive.

Meanwhile, the killer – of which there will be a few different varieties, each with special abilities – has to hunt them down from a first-person viewpoint.

Keeping the formula fresh, the maps will be procedurally generated, which actually makes a lot of sense for a multiplayer game – especially one like this, where the element of surprise is so important. Watch the developer diary for a better idea of what to expect:

It sounds like the Behaviour Interactive-developed gamecould be the perfect formula for tense, panicked multiplayer shenanigans, and I’ll be definitely keeping an eye on it, and over my shoulder, just in case.

Starbreeze are on publishing duties, so they’re celebrating the announcement by releasingtwo horror-themed masks for Payday 2. Players can join the Dead by Daylight community group on Steam in order to unlock them for free.

There’s no release date or price announcement as yet, so for now you’ll just have to settle with this concept art of a guy who looks like young Mel Gibson. 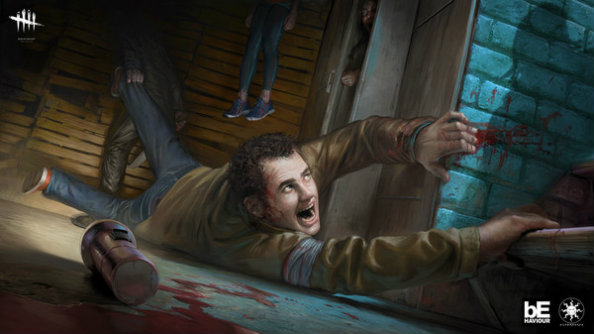 {"schema":{"page":{"content":{"headline":"Dead by Daylight is an asymmetric slasher flick where four survivors face off against a supernatural killer","type":"news","category":"dead-by-daylight"},"user":{"loginstatus":false},"game":{"publisher":"Starbreeze Studios","genre":"Survival","title":"Dead by Daylight","genres":["Survival"]}}}}