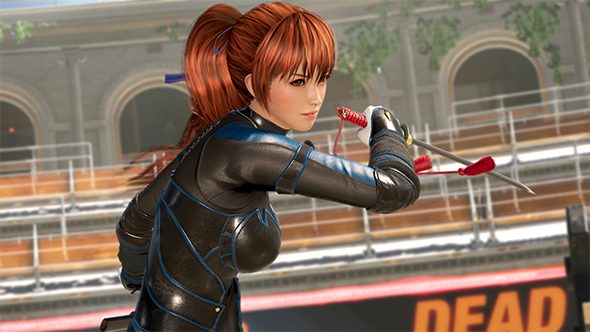 Dead or Alive 6 is on the way, with a release date set for early 2019. A PC version coming via Steam has also been confirmed, alongside the console releases on PlayStation 4 and Xbox One. The next entry in the fighting franchise aims to focus on the martial arts fundamentals – and leave the series’ most infamous elements behind.

The reveal trailer showcases some brief snippets of gameplay, with returning characters like Ryu Hayabusa, Jann Lee, Hayate, Zack, Kasumi, and Helena. It looks very much like another step in the Dead or Alive formula, with combo attacks, reversals, and destructible stages showcasing a familiar rhythm in the combat.

Whether you want to fight or cooperate, you can play with your friends in the best multiplayer games on PC.

Notably absent from trailer is the series’ trademark sexy portrayal of its female fighters. Kasumi’s in a practical – by videogame standards – bodysuit, while Helena’s got wrestling-style trunks on under her skirt, making those generous cloth physics seem far less voyeuristic than they have been in the past. As developer Team Ninja tells IGN, that change is by design.

“We wanted to make a more cool and mature Dead or Alive this time,” says director Yohei Shimbori, “and to that end we made a conscious decision to make the characters less sexualized.” Art director Yutaka Saito adds that the game’s women are still attractive – so are the men, just look at Jann Lee in the trailer below – “but first and foremost they are fighters.”

With that in mind, Dead or Alive 6 does away with the excesses of the old “boob physics” model, and the costumes showcased so far haven’t been nearly so revealing. We’ll see if that changes once the inevitable DLC rolls out, which for DOA5 offered a wide selection of costumes, many of them very revealing – and all of it totalling well over $1000 USD. (It’s worth noting that DOA5, too, started life with a far less sexualized approach, but got far more fanservice-heavy by its release, and especially in the years that followed.)

On the gameplay front, there are some changes, with the Break Gauge – a super meter – adding to your options, letting you use either a powerful attack or a counter effective against strikes at any height. There’s also the Fatal Rush – a simple combo that can be executed by mashing a single button, which sounds not unlike Dragon Ball FighterZ’s auto-combo system. You can expect a story mode similar to the one in the previous game, as well as plenty of other offline options in addition to the core versus battles.

A confusingly worded statement from Team Ninja last year made it sound like DOA 6 might be quite a while off, but it seems that truly did just mean the end of Dead or Alive 5 support. The official website promises an “update coming June 11,” so expect to hear more about the game at E3.