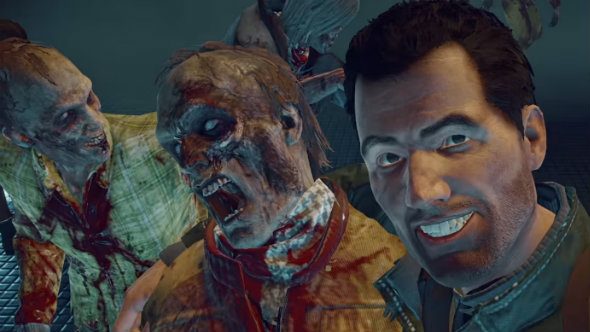 Dead Rising 4 just got a new trailer and it looks sufficiently deranged. Frank is back, but he’s got a new voice and forehead, but that’s fine because he’s also submitted to the zeitgeist, forgoing photojournalism for zombie murder selfies. Honestly, I didn’t realise that was all I wanted until I saw it in action properly.

Will Dead Rising 4 join our list of the best zombie games?

The years might have been kind to Frank’s forehead, but he’s gone a bit loopy living in this post apocalyptic world for so long.

He’s definitely more brutal than he ever was in the first game, ramming fireworks into zombie’s mouths and posing for a selfie, posing for a photo with a corpse before snapping its neck, and lopping off a zombie’s arms before taking off its head – that’s just overkill.

This is without mentioning the exo-suit montage, where he literally rips a zombie in half, straight down the middle. Frank, you’ve changed, man. We’ll see how much he’s changed when Dead Rising 4 releases on December 6.

For now, check out the new trailer below: