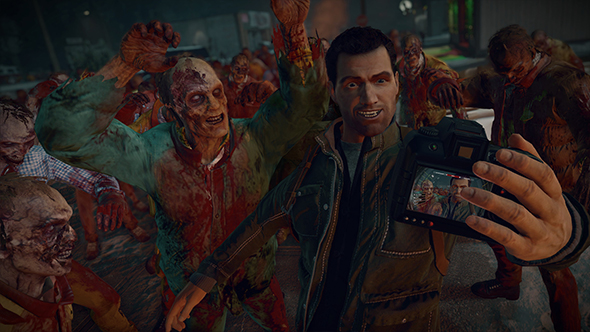 Update, April 20: Capcom’s Vancouver studio will dedicate its focus to Dead Rising alongside the end of their mobile Puzzle Fighter project.

Capcom Game Studios Vancouver launched a mobile revival of Puzzle Fighter last year. Despite building on a beloved puzzler featuring loads of Capcom favourites, this free-to-play version didn’t exactly catch on, and it’s soon to be gone for good. In-app purchases will be disabled following a final content update on April 23, while the game itself will be delisted on July 1, with the servers set to shut down on July 31.

These are the best zombie games on PC.

The missed opportunity of a failed Puzzle Fighter aside, this does mean that “the studio is dedicating its focus to our flagship Dead Rising franchise.” Capcom Vancouver, formerly Blue Castle Games, have helmed the series since Dead Rising 2, and despite diminishing returns on the more recent sequels it’s natural that they’d return to it.

Exactly what form a theoretical Dead Rising 5 takes remains a major question, however. A few months ago, roughly 30% of the Capcom Vancouver team were laid off, and reports at the time suggested this was an attempt to streamline production on the next Dead Rising.

It’s possible we might see an idea of the new game at E3 this year, though given the studio’s recent struggles there’s certainly no guarantee. They’ve launched a new Dead Rising every three years since 2010, so if the schedule keeps that would put Dead Rising 5 as a 2019 release.

In the meantime, you can enjoy the Puzzle Fighter soundtrack, which was just released for free on SoundCloud.

Update, February 6:Capcom have commented on reports of lay-offs in their Vancouver studio.

Capcom say that the lay-offs at their Vancouver studio are the result of a restructure in the studio.

When we reached out for comment, a Capcom spokesperson told us that“Capcom Vancouver has undergone a restructure which has impacted approximately 30% of the studio, as part of its regular periodic assessment of upcoming project and overall studio goals. The team is continuing to support the recent release of Puzzle Fighter for mobile and is dedicated to its flagship Dead Rising series.”

Capcom did not comment on the existence of the unannounced project that has now been cancelled, reportedly set in an alternate-reality New York.

Original story, February 5:Capcom Vancouver, the studio behind every Dead Rising title since the second, has seen layoffs affecting around 50 people, according to areport from Kotaku’s Jason Schreier. An anonymous source close to the studio suggests that the company is reorganizing in order to cut scope on the next Dead Rising title, and have canceled an unannounced original game.

A number of posts on social media from former employees have confirmed a mass layoff, which formerly employed around 250 people. The upcoming Dead Rising title hadn’t been officially announced, and was “over-scoped and under-staffed (as many video games are)” according to the report.

The other unannounced title was early in the prototyping phase. If it had made it into full production, it was set to be a third-person action-adventure title in an alternate reality New York.

The company was formerly known as Blue Castle Games, working on a number of MLB titles before collaborating with Capcom on Dead Rising 2. Following that game’s release, Blue Castle was acquired by the Japanese publisher and became Capcom Vancouver, working on the third, fourth, and apparently fifth entries in the Dead Rising series, as well as mobile games including 2017’s version of Puzzle Fighter.