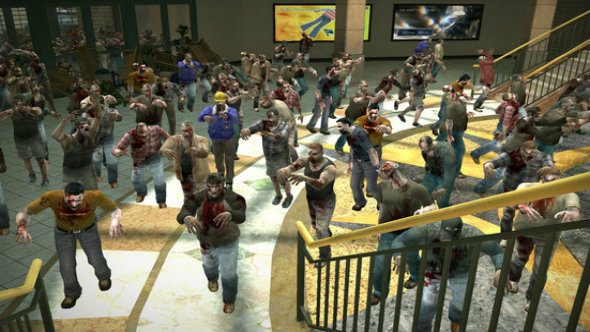 If you’re a PC gamer who missed out on the first Dead Rising when it launched on Xbox 360, you might be excited at the prospect of it finally coming to PC. If that’s you, it’s now available to pre-purchase, so have at it like a post-apocalyptic cake shop.

If you like playing with dead things, here’s our list of the best old games on PC.

It’s only a month away now, so you can put your money down on the original dress-up-as-whatever-you-want-and-murder-thousands-of-zombies game.

If you never played the original, you play as a photographer called Frank West as he battles hordes of zombie with whatever he can get his hands on: guns, swords, buckets, teddy bears… cake.

The thing that made the game feel so frantic was how it operates on a timer, with other characters in the world living or dying, sometimes because of your inaction. Unlike most games, you aren’t expected to save them all. In fact, I don’t think it’s even possible.

It’s a cracker of a game. I just hope the PC port is up to scratch. Personally, I’d wait to find that out before dropping money on it, but it’s a free world.

Dead Rising is $19.99 on Steam. It should keep you going until the madness of Dead Rising 4.