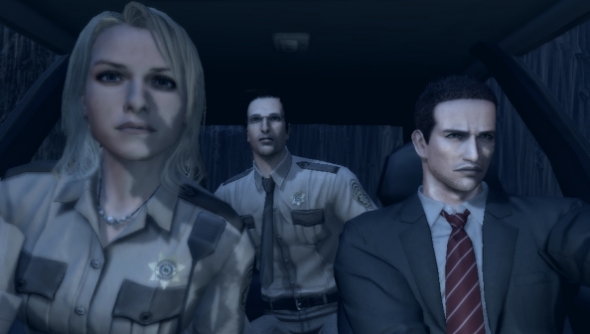 Deadly Premonition is, by all accounts, one of the best games ever made. I don’t think it ever intended to be that, but the response to this small-budget horror was massive. It’s a murder-mystery so mind-bogglingly weird and broken that its become a cult favourite. It’s basically The Room for videogames, and that’s all kinds of brilliant. What’s also brilliant is that it’s on its way to PC.

Previously an Xbox 360 exclusive and later released on PlayStation 3 as a ‘Director’s Cut’, the extended edition is on its way to our fair land by way of Steam Greenlight. So stop everything you’re doing and go vote for Deadly Premonition on Greenlight now. The game has a clairvoyant cup of coffee in it, for heavens sake. Are you telling me you don’t want to play a game with a talking mug of caffeine in it?

For more reasons on why you should want Deadly Premonition in you Steam collection, take a read of the game’s only 10/10 review over at Destructoid. If that doesn’t convince you to hit that ‘YES’ button, nothing will. Well, perhaps that trailer up there will.

If greenlit, Rising Star Games hopes to ship Deadly Premonition on PC in time for Halloween.