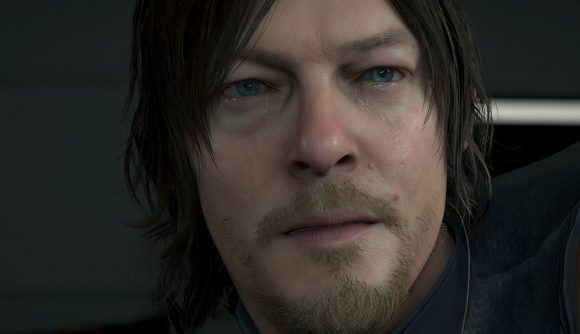 Death Stranding is coming to PC! That might not be happening until next year, but the game’s PS4 release date of November 8 is just around the corner. As such, reviews for Hideo Kojima’s latest project have begun to appear around the web.

Critics seem somewhat divided on the game, with some awarding it perfect scores and others saying it’s bloated and slow. Trusted Reviews is one of the most effusive in its praise, awarding the game a 5/5. The site says “Death Stranding is unlike anything else out there in the gaming medium right now.” At the other end of the spectrum, VG247 states the game contains “flashes of brilliance”, but they’re “buried as deep as the core story is buried in the endless dialogue.” Take a look at a roundup of scores below.

We’ll wait until next summer, when we can get our hands on the PC version, before reviewing Death Stranding. Until then, you’ll need to make do with this story about how you can pee in Death Stranding, but you’ll never see Norman Reedus’s penis.

Hideo Kojima is, of course, best known for his work on the Metal Gear Solid series.

He left Konami in 2015 to set up his own, independent studio, whose first project is Death Stranding.