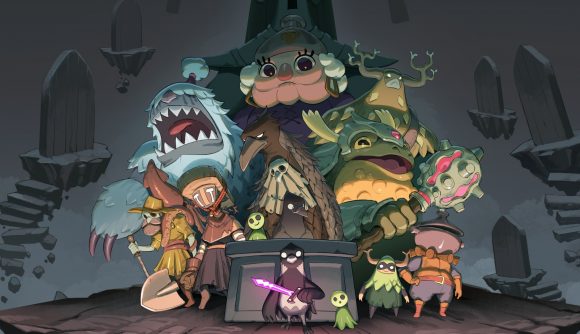 While we contemplate the possibilities of Call of Duty, Overwatch, and Crash Bandicoot on Game Pass, Microsoft’s acquisition of Activision Blizzard isn’t slowing down the subscription service. A pile of new games have just been announced for Game Pass in January, including one of the best indie games of last year. Oh, and Microsoft has just confirmed that Game Pass has reached 25 million subscribers.

The indie game that I’m excited about is Death’s Door, a fantastic action game from the developers of Titan Souls, which blends some Souls-influenced design tropes with a gorgeous aesthetic and Zelda-style adventuring. That’ll be coming to the service this Thursday, January 20.

Other surprises in today’s announcement include Danganronpa: Trigger Happy Havoc. This first entry in the anime-style murder game visual novel is available on the service today. Also out today is (the previously-announced) Nobody Saves the World, a Diablo-like action-RPG from the Guacamelee devs.

Here’s the full list of games coming for the remainder of the month. Everything you see is coming to both PC and Xbox Game Pass, with the exception of Rainbow Six Siege, which is a PC-only debut because the console version was already available on the service.

We’ve got plenty of free PC games to recommend, if you’re looking to play on a budget.