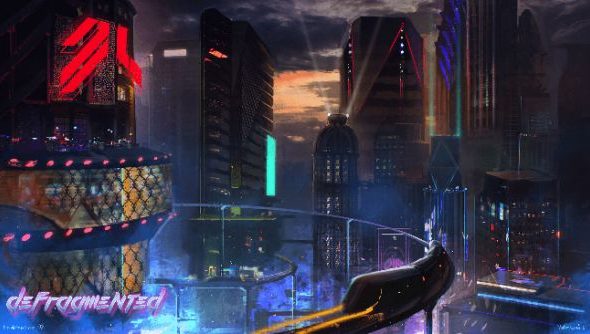 With quite a measly $15,000 Kickstarter goal, it’s definitely one to keep an eye on.

There’s a distinct lack of cyberpunk games today; our next big alternative, Cyberpunk 2077, is still many years away.

“Our story is inspired by settings found in defining cyberpunk works while incorporating elements from some of our personal favorite contemporary classics.” Glass Knuckle Games explained. “We aim to immerse you in a cyberpunk story about cloning, rebellion, and the mysterious city of Entropolis. And yes, there will be hackers!”

If this all sounds enticing, then here’s what you can expect from the game:

If you want to find out more about Defragmented, head on over to the game’s Kickstarter page, where there’s lots of juicy GIFs of the game in action.