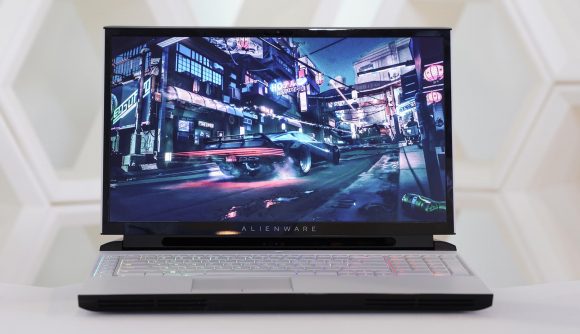 Alienware has announced the Area-51m over at CES, a gaming laptop fully compatible with an unfettered Intel eight-core, 16-thread desktop i9 9900K CPU. But if that wasn’t intriguing enough for you, this gaming laptop’s 20-series Nvidia Turing GPU is also entirely replaceable. No, it’s not an MXM model revived from the grave, it’s something else. Something proprietary.

Dell has come up with its own system for upgrading laptop GPUs called the Dell Graphics Form Factor (DGFF), reminiscent of the days of MXM (mobile PCIe Express modules), an industry-wide solution that some time ago fell to the wayside. Frank Azor, Dell XPS and Alienware chief, refers to these new replaceable graphics module as something akin to a large MXM module in stature.

Thanks to these graphics card wonder modules, the Alienware Area-51m will feature both a replaceable socketed CPU and a replaceable GPU add-in board. That means this laptop may fare better against the test of time than others. However, you will still be reliant on Alienware to swap that GPU out for you at a later date.

A gamer’s best friend: Here are the best gaming mice

Although one small issue with the upgradeability plan is that your screen is stuck at 1080p 144Hz. That’s the top option for the Area-51m right now, and there’s not a great deal more to be getting out of any present, or likely even future, graphics cards that are supported via the interchangeable platform. The RTX 2080 is already a little wasted as is without at least a 1440p display.

Aside from the innards, however, the Area-51m has seen Alienware totally rehaul its signature style. Nowadays it’s all about ‘Legend’, a combo of curves, LEDs, and a more modern Alienware badge of honour. That’s all moulded out of magnesium alloy to keep the weight to just 8.5 pounds. The laptop is available in either grey (Lunar Light) or darker grey (Dark Side of the Moon). 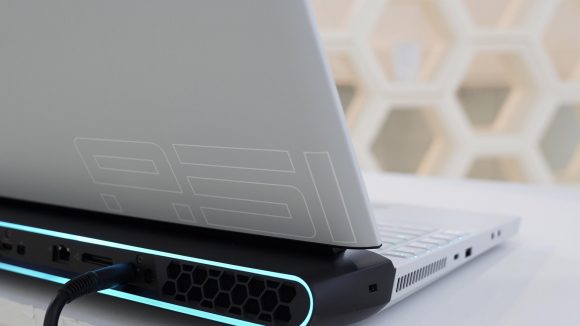 The Alienware Area-51m, complete with a ton of storage space, memory, and heat-wicking sinks to deal with that desktop-grade tech, is an intriguing social experiment. Will anyone take Dell up on that upgradeable GPU offer? We’ll soon see, as the laptop goes on sale January 29, starting out at $2,549 for the i7 8700 and RTX 2070 config.

We’ve already seen a wild desktop replacement from Asus this CES, but Alienware’s taking a different route to that rather bombastic design. Instead, it’s gone for a visual and technical overhaul, offering upgradeability and desktop chops – albeit with a desktop sized hunger for power, too. But on spec sheet alone, it’s certainly a sight to behold.