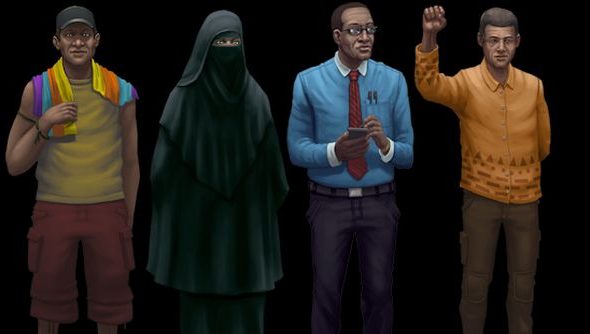 Cliff Harris of Positech games takes to his blog today to announce Democracy 3: Africa, an expandalone of the original that keeps the basic mechanics of governance and moves it to one of ten countries in Africa. It’s a fairly sizable change, not least because of the massive cultural differences between the two areas of the world. Jeff Sheen of freelance game dev Stargazy Studios will be doing the brunt of the heavy lifting when it comes to designing how the game will differ.

Real life if tough. Here’s the best ways to simulate it on PC.

In the blog, Cliff explains that while it will follow a similar structure to Democracy 3, “The countries in D3:A have a different set of problems, opportunities and characteristics to those in the original game. That has meant a lot of changes and a lot of tweaking and re-modeling.” According to the official sitethe ten countries available for managing will be Nigeria, Egypt, South Africa, Kenya, Ghana, Zambia, Senegal, Tunisia, Botswana and Mauritius. That last I admit to not being at all familiar with, and is apparently a small set of islands off the coast of Madagascar, with a population of around 1.2 million. That’s a pretty diverse range of places to govern.

They’ll come with all new voter art, as seen above, new policies, random events and reactions. Cliff explains that one of the reasons he wanted to focus on Africa is how rarely the country pops up in games as more than a sandy location to shoot people in, and how few people in the west know anything about the industry or economy of any of its nations. He’s also well aware that as “two white guys in the UK making a game about Africa” there are likely to be mistakes made and a learning process to go through. It should be fascinating in that respect, at the very least.

Currently targeted for a Q1 2016 release, Cliff isn’t positive how long the various changes needed to be made will take. Help them along by picking up Democracy 3, if you like, at 66% off on Steam right now.