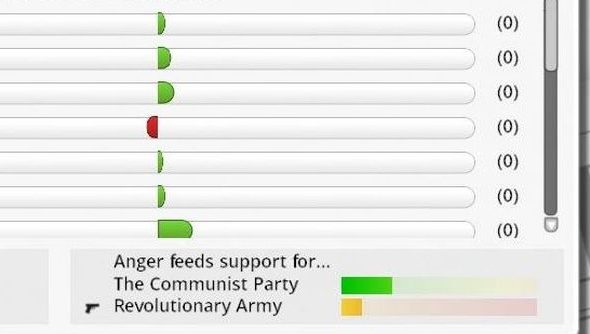 Democracy 3 has received its first patch in a little while as developer Cliff Harris has decided to “fix some long standing issues and improve and re-balance some features.” The targets for his changes are many and varied, adding achievements and additional info to various screens, tweaking how certain actions effect your nation and more events to keep the game interesting. He goes over all of it in the video below.

With a game like Democracy, giving the player access to more information is a massive quality of life change. With this depth of simulation nothing should be happening without the player being able to track the how and why of it, outside of specific random events designed to be reacted to rather than predicted. The sandbox of creating a dystopic utopia or just trying to make things a bit more okay doesn’t work if the effects of your actions can’t be seen, that data absorbed and further decisions be made.

It’s also good to see indie developers keeping their old games updated as and when it becomes necessary. Larger studios have the staff and resources to assign people to these things (and often still don’t), but someone like Cliff will always need to be thinking about the next thing that’s going to put food on the table and a roof over his head, even if his previous games have done quite well.

More details in his announcement post, which also has a bunch of links to buy the game from whichever online store you prefer.