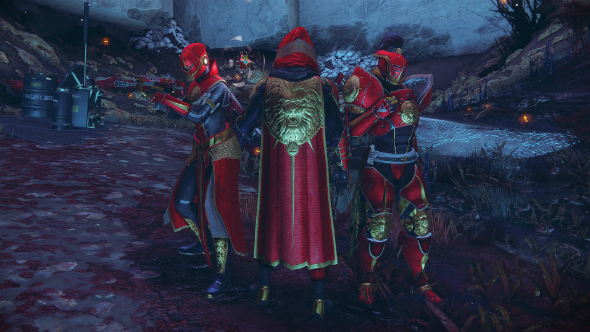 Update, January 18: Christopher Barrett, game director at Bungie, has taken to Twitter to admit that the development team should have communicated weapon reward changes in Faction Rallies to avoid confusion.

Barrett promises that, in the future, the team will strive to let the community know about any changes to rewards or experiences before they reach the public servers.

Our Destiny 2 faction rally guide  walks you through how it works and the rewards you (should) be earning.

Going forward we’ll strive to communicate any changes to rewards or experiences before they go live.

Those changes are, presumably, how Curse of Osiris Faction Rally weapons aren’t yet available with Faction Engrams, and will be available later in the season – something that was news to fans when the latest Faction Rally event just started.

Update, January 17:Destiny 2’s faction token throttle was intended to fix an exploit, but it will be adjusted in the next patch – with further adjustments likely to come.

Destiny 2’s first faction rally of the new year began yesterday, but an apparent throttle on faction tokens ensured that things weren’t quite as smooth as we’d hoped. We’d speculated that the throttle was put in place to patch an exploit from the last rally, and it seems that this is in fact the case, according to game director Christopher Barrett.

In a Twitter response to a player saying they shouldn’t be penalized for completing activities too quickly, Barrett said “You shouldn’t, I agree. The timer was meant to fix an exploit but it is way too penalizing right now. It’s being adjusted in the next patch but we likely need to adjust it further.”

The original exploit allowed players to collect faction tokens in 30 second intervals by taking advantage of a chest respawn, but it seems this throttle was a bit too overzealous.

Original story, January 17:Destiny 2’s first faction rally since November went live yesterday, but it looks like it has not gone smoothly. Players on Reddit are reporting throttles on faction tokens earned through various activities, which Bungie are investigating, while others have found problems with weapon reward drops.

One user on Reddit says “I just did four public events… one gave me tokens, the other three didn’t.” This is corroborated by a few other posts, including one who says “can confirm I am experiencing throttle on [public events]. I did 12 events in an hour on EDZ to test. First, sixth, and eleventh gave tokens, but no others.”

It’s worth pointing out that others in the same thread have said “public events are working just fine… I’ve been completing them as fast as I can and didn’t notice any lockouts.” Bungie community manager Cozmo says he is “looking into this now. I’m seeing others in the thread who are stating the public events are not affected by the throttle.” One reply says “I was one of those who reported no throttle earlier, but just got hit with it. Out of eight events, two gave tokens.” 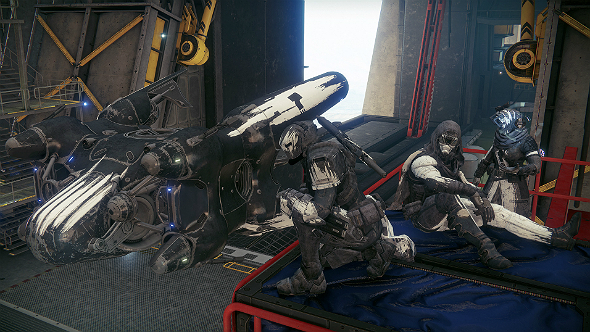 Players are also reporting a cooldown on faction tokens from lost sectors – another source of PvE loot – user p7mmy says they ran between two sectors, receiving no tokens on their fourth and fifth runs. The anecdotal consensus is much clearer on this thread, with one user saying “I ran all 3 lost sectors in Trostland and got nothing but glimmer in the third chest.” They also note that while they were doing them one after another, they weren’t using any exploits or even fast travel to do it as fast as possible.

This problem may have occurred as a result of Bungie’s efforts to patch an exploit in the last faction rally. After unlocking the chest in The Weep’s lost sector, players could reset its faction tokens (but not its other rewards) by running to the exit. This dropped three tokens for a 30-second run, which Bungie understandably wanted to patch out, but it looks like they may have been too aggressive in retuning the cooldown – here are the related patch notes, which were updated yesterday. 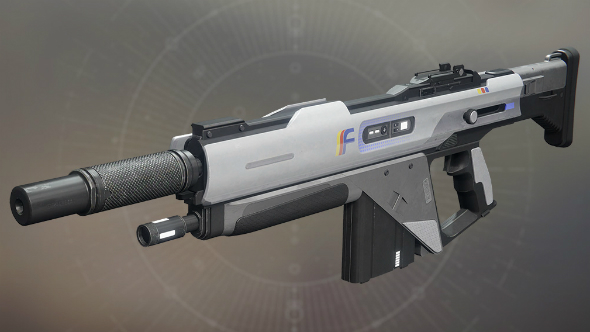 This is only the second faction rally since Destiny 2’s PC launch in October last year. This is partly because Bungie postponed another rally after it was found that the Curse of Osiris DLC would have locked vanilla players out of the fun. Bungieissued a related hotfix late last night, announcing that “players who do not own Curse of Osiris now have the ability to earn season two rewards within faction rallies and Iron Banner.” This may have something to do with another problem: many players are reporting that faction weapons are not dropping for them.

Third-party inventory sites such as DestinySets.com use Destiny’s API to display information about its loot. As YouTuber Mesa Sean explains, its Curse of Osiris tab features a range of weapons that are new to this faction rally, but both Sean and many other players report that these guns aren’t dropping for them. Perhaps Bungie’s hotfix this morning made rally loot available to vanilla players bytaking the new guns out of the pool altogether.

Bungie have promised to be more communicative, so hopefully we can expect clarification on these problems soon.