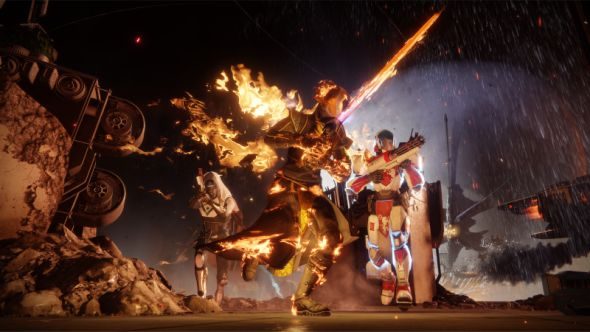 Perhaps the most well-known failing of Destiny was how it told its story. Grimoire cards, found in-game, would give you access to little tales and bits of info. The problem was, they were only accessible using an outside device for… some reason. Well, for Destiny 2, they’re gone.

For the lowdown on Destiny 2’s PC version, we have a massive article.

Our very own Richard Scott-Jones explained why this was a must-fix in our video highlighting things Destiny 2 needed to do to improve. Our solution was to keep Grimoire Cards as a concept, assuming Bungie were attached to them as an idea, but have an in-game way to read them. Looks like they’re scrapping the whole deal instead.

As pointed out by Forbes, it doesn’t necessarily mean the end of any out-of-game story bits for Destiny 2, particularly with the success sister studio (and PC publisher) Blizzard have had with animated shorts, and how common tie-in novels have been for a long time now. The actual story in Destiny is pretty good according to Rich, it’s just hard to access – multiple solutions available for that.