The savagery of Destiny’s grind has varied somewhat – Destiny 2 players are showered in loot compared to anyone who aimed to acquire and upgrade a full set of year 1 raid gear – but what developer Bungie calls ‘the chase’ has been a constant of the series. So much so, indeed, that player strategies for efficient play have been immortalised in the game’s official lore.

With Destiny 2’s first major expansion – Forsaken – almost upon us, a slew of new items with attached lore have arrived in the game’s databases. One such entry concerns a Guardian named Savin, who is said to be “greedy… for he desired materials and experiences that would temper him into a better Guardian, and he was always experimenting with his strange powers in foolish ways that left him briefly dead, seeking ‘a new Super ability’ or ‘some way to make my grenades faster.'”

To this end, Savin is “obsessed with reward and efficiency,” and “would rather do one profitable thing a thousand times than waste his efforts on a less beneficial novelty.”

Perhaps describing the ways to waste time while waiting for a raid group, Savin’s text says he “leapt into space, repeatedly and without reason, as if his death were no more traumatic than a hop off a curb.”

Destiny’s been a bit meta almost from the beginning – there are hints that the Ahamkara, a frighteningly clever alien race, are aware that they’re in a videogame – but this is a new case of Bungie acknowledging player behaviour.

More examples are gathered on the Destiny subreddit. They include a tacit admission of how boring the Infinite Forest is, with its Cabal inhabitants reporting “Guardians sprinting past combat units without engaging.” A grimoire card from Destiny 1 reports Guardians “dancing, and performing acrobatics with light vehicles.” 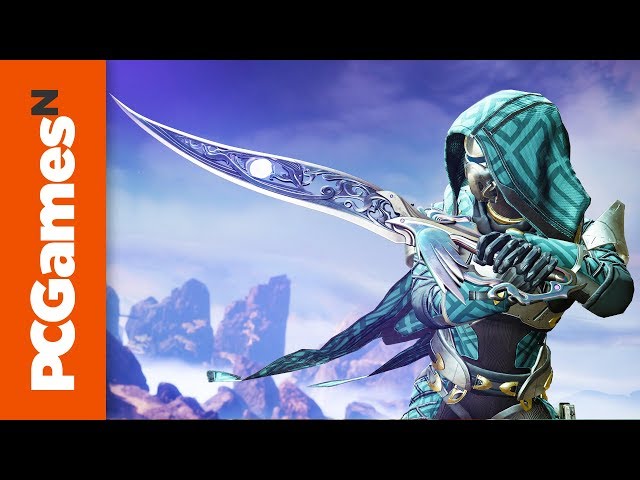 Destiny 2: Forsaken unlocks at 18:00 BST tonight – hit that link to learn when that is in your area – and here’s everything we know about Destiny 2: Forsaken and what it brings to the ambitious social shooter. Bungie’s rhetoric around the release has emphasised things to collect, whether that’s the perfect roll on your gun (now that they’re randomised again), or a prestigious new gear set, so whatever else goes down, you can be sure of plenty more grinding.