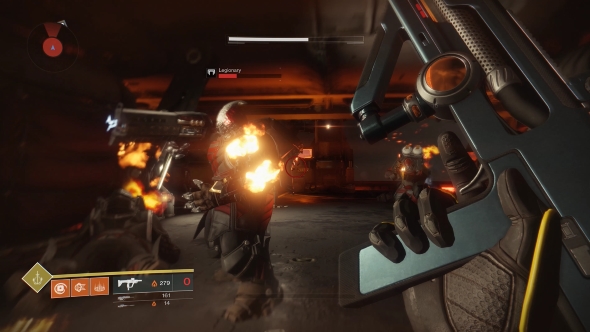 The delay to Destiny 2’s PC release date is a real shame. It’s a game where discovery is going to be half the fun, particularly in those early weeks when everything is mysterious. PC players – at least ones that can’t resist reading about the game online – will get none of that. Why?

“It’s honestly a super simple answer – we’re taking that time to make sure we get it right,” David Shaw, head of PC for Bungie, tells us. “It’s that easy. From a year before Destiny 1 launched we heard people saying ‘is it coming to PC, can we have it on PC, we want it, please.’ Literally every big story that came out over the three years – first comment: when’s it coming to PC. We’ve heard it.

“The reason we didn’t do it is we didn’t think we could do it justice, we couldn’t do it right. We didn’t want to disrespect PC players with a bad version of the game. When we did it we wanted to do it right, with Destiny 2 we had the right team, we had the right talent, we had great partners in [port makers] Vicarious Visions – we could finally bring it to the PC in a way where we were proud of the quality bar.”

All of that, plus an extra couple of months, he says. “The final piece of that to make sure we get it right, that we nail it, stick the landing, is that little bit of additional time.”

The alternative would be to delay all versions of the game until it was ready on all platforms. That, says Shaw, was talked about:

“Honestly there’s so many moving parts that go into those conversations that it would be super challenging to get into the whys of that. We absolutely talked through it, ad nauseum, about the right set of choices.”

He explains they were left with as happy a medium as they could find. “We believe we ended up with something we’re happy with and we think that the PC gamer, when the PC version hits, will be thrilled.”

This is fair reasoning. Delaying console launches out of whatever confluence of cash and interest has been calculated isn’t going to happen, no matter how much we’d like it to. The challenge – and possible point of absolute, internet-ripping rage – is making sure it runs right. Guess that’s what the August beta is for.