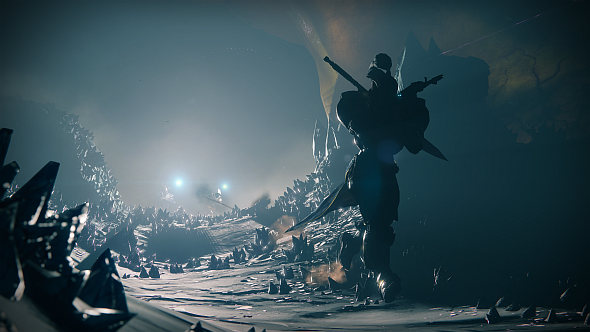 Text chat is one of many things Destiny 2 can do on PC that it can’t on console. Unlike the other games with which it shares Blizzard’s Battle.net platform, however, it will not feature a public channel.

Speaking with PCGamesN at the PC preview event last week, Bungie’s PC project lead David Shaw explained that this is because Destiny’s social culture is ‘opt-in’. In the original game, “we said by default the only people you can talk to are your fireteam,” says Shaw.

“What that did was it fostered a stranger culture where it was really difficult to do something – griefing was hard, right? The worst thing I ever encountered was someone that followed me around the tower for like 20 minutes, and was just mildly annoying.”

Text chat follows the same rules. There is no public channel, so there’s no way to “walk into a public space and see just this flood of toxicity coming through.”

“It’s more important that [engagements between strangers] be, at worst, neutral,” says Shaw. “I think that Destiny 1 has proven that model has some legs. That’s where we’re starting and we don’t have any plans to go broader and have a full chat, or bubble chat, or anything like that.”

This determination to prevent toxicity extends to the Whisper feature – a staple of Battle.net. By default, you won’t be able to Whisper anyone who isn’t in your clan, your fireteam, or your friends list, but you can change a setting to enable you to Whisper strangers. You’ll also be able to block and mute people, and Destiny 2 is integrated with Blizzard’s reporting system.

Concerns about toxicity were also the main reason why Bungie chose not to add full automated matchmaking for raids, as social lead M.E. Chung explained in Destiny 2’s reveal event back in May.