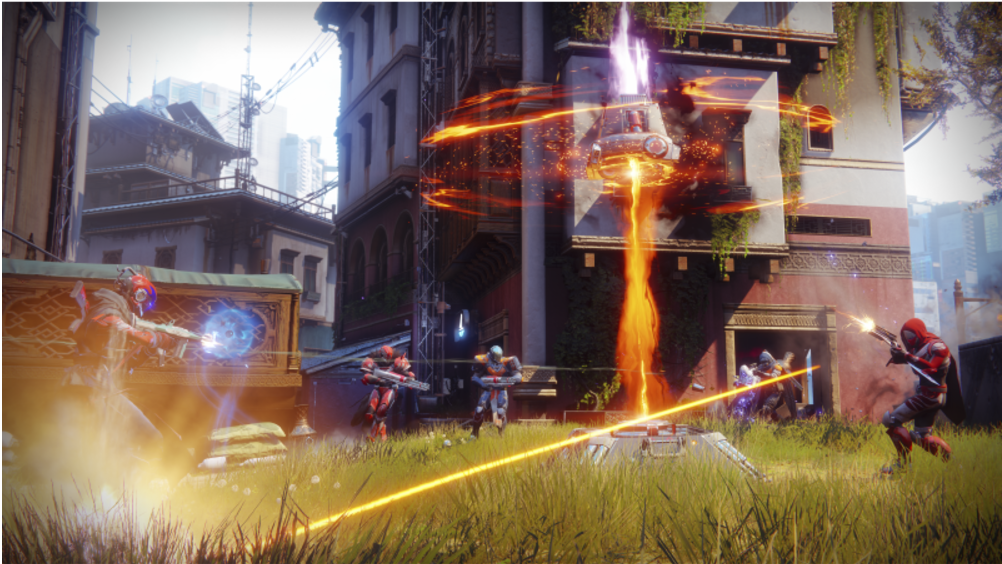 Destiny 2’s got a new PvP game mode and it’s… Counter-Strike. The 4v4 Countdown attack and defend game tasks one team with setting a bomb at point A or B, while the other holds them off. While it has its own quirks, the round-based nature makes it obvious where this mode’s inspirations lie.

What else is new in the Crucible? Get all the details in our Destiny 2 PvP guide.

The Midtown map, which I went hands-on with at Destiny 2’s premiere event in LA, is a warren of interior and exterior locations; windy streets and tight hallways make it a tense map to stalk enemies on.

Destiny’s own foundations ensure it’s not a complete clone of Valve’s favourite. while respawns aren’t an automatic thing, teammates can bring the dead back to life. If there’s time, of course; the slick and speedy shooting makes stopping to administer first aid a risky move. 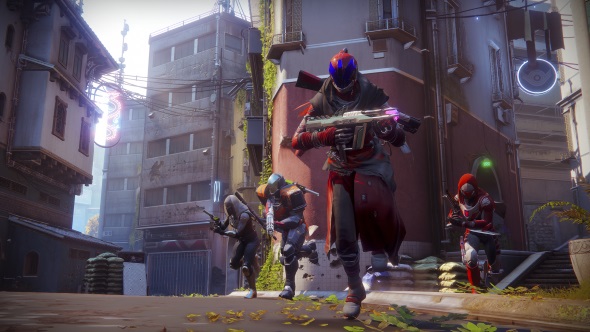 Then there’s the fact that bullets aren’t the only thing you have to rely on. If you didn’t know already, your Destiny PvE character is also your PvP Crucible gladiator. That means all your cool class skills – the bizarre grenades, the buff vortexes, and even the absurdly powerful super moves – can be unleashed in PvP. A suffering team can surprisingly pull a match back by whipping out a Warlock’s Dawnblade super and raining down flaming swords for an enemy team wipe. Of course, supers take what feels like a decade to build up, and waiting for them in a particularly tense round can be agonising (in the right way).

All of Destiny 2’s PvP modes will be 4v4, in contrast to the original which offered 3v3 or 6v6 depending on the game type.

There are also changes to the HUD, additional maps, and new modes.

You’ll also get more in-battle information on your opponents than before, with a heads-up display telling you things like whether someone has a Super ready, or has picked up power ammo.

Bungie say that their overall goal is an “experience that’s easy to get into, but hard to master”, and are confident that this represents the “best PvP offering that Destiny has ever seen.”

Having played Countdown on PC and PS4 it’s obvious which platform suits it best, and that’s not just me being a platform torch-holder. While the health bar and overshield system means Destiny 2 doesn’t demand pixel-accurate control for insta-kill headshots, the level of control offered by the game’s great keyboard and mouse support just makes the mode feel snappier and more responsive. If you’ve got pals with Destiny on console already, the sequel’s PvP mode on PC may be enough to convince both you and your entire group to make your Guardians at home on PC.