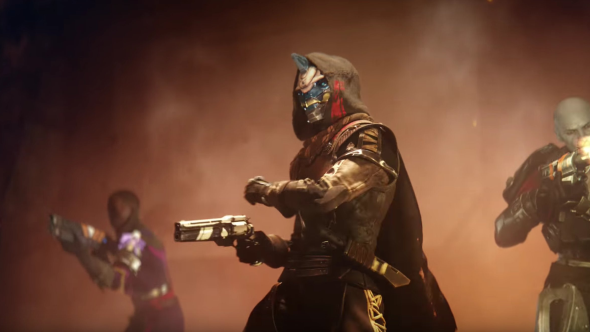 Who is the voice of Cayde-6? Is it Nathan Fillion? It is certainly his distinctive drawl, recognisable from Firefly, that cuts the brakes on every line of dialogue and rides it laughing into the horizon. But who writes those lines?

Read our Destiny 2 levelling guide for more on the game’s campaign.

On Destiny 2 there were – deep breath – three narrative leads, three narrative designers, three story consultants, two lead writers, and no less than ten other writers, each assigned a different part of the game. Martin Korda was one.

“Whatever the size of the writing team, ensuring that all the writers understand the characters and the story and are able to write with a consistent voice is essential,” he says.

Three games were in development at once: Fable, Black & White 2, and The Movies. And to make matters worse, the team behind The Movies had already spent three years trying and trashing different ideas. When Korda arrived on his first day he found the studio in a state of panic. They had been given just eight months more by the publisher to get the game made.

“You often hear the phrase a baptism of fire,” Korda says, “and that’s exactly what writing on The Movies turned out to be.”

Inundated with requests from every department on an almost hourly basis, Korda hammered hundreds of lines into spreadsheet after spreadsheet – tutorials, menu screens, character barks, all needing to be written yesterday.

“This was about as far away from the fantasy of being a games writer as I could ever have imagined,” he remembers. “Just an endless succession of first drafts making it into the game.” 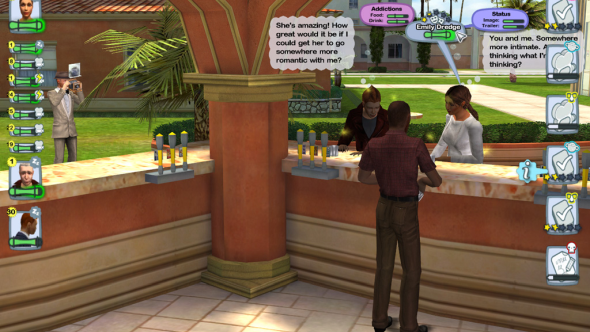 So much for the script meetings, roundtable reads, and motion capture shoots Korda had been schooled to expect. “Back then there was an attitude of, ‘Hey, these are just words, they’re the easy part’,” he says.

The Movies turned out just fine – that deadline had the effect of focusing Lionhead after endless procrastination, winning them the 2005 BAFTA for Best Simulation Game. And as their relationship with corporate Microsoft deepened, the studio became better at communication, which benefitted its writing.

For Fable: The Journey, Korda sat down with the art team to conceive lead character Gabriel, an unconventional videogame protagonist whose less-than-macho traits were reflected in his lithe frame.

That trend towards inter-departmental cooperation continued as Korda moved from one Journey to another – the much-vaunted story campaign of FIFA 17. For the intro, Korpa worked with level designers and artists to tell the story of young prospective pro Alex Hunter through visual cues. In one sequence, the striped wallpaper and stickers of a childhood bedroom give way to the posters and trophies of an unusually driven teenager – and, most effectively, the scuff marks on the wall that indicate Alex has been practicing his footwork every day, just as he promised his grandad. 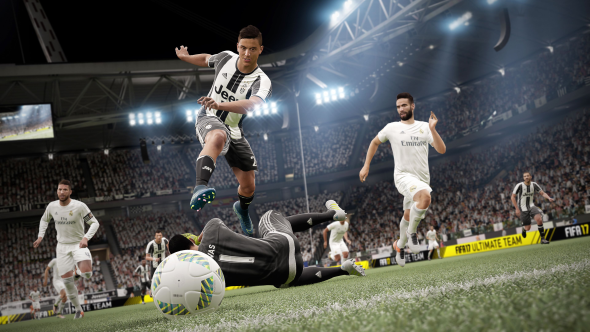 Working on The Taken King and Destiny 2, Korda has seen Bungie push towards more collaboration between writers and developers, too.

“Cooperation between departments is something that, as an industry, we’re getting better at,” he says. “But there’s still plenty of work to be done.”

Another significant change to storytelling has come in the form of new technology. Korda felt the spark of possibility while working on the ill-fated Milo and Kate project for 18 months at Lionhead – the Kinect experiment attempted to use the hardware’s camera and mic to create a bond between you and the game’s hero, young Milo.

On one occasion, Korda drew a picture of a cat and held it up to the camera. Milo contemplated the image for a while. And then he said, in quintessential Lionhead style, “Hey, you’ve drawn a picture of a cat. It’s rubbish!” 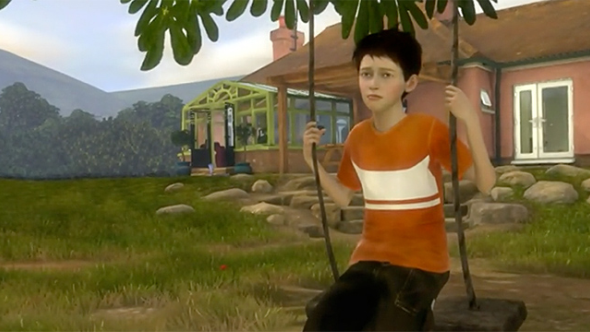 “Although Kinect’s voice and image recognition weren’t exactly the best, when they did correctly pick up what you were showing or saying to Milo, it was one of the most magical experiences I’ve ever encountered while working on a game,” Korda recalls.

That game never quite came together and was canned. But if you play Destiny 2, even a small part, you have benefitted from the lessons in filmic writing Korda gleaned while making Milo.

“There are few better feelings than seeing a scene you’ve written performed by professional actors under the guidance of a talented director,” he says.

The triple-A writer’s job has been transformed by the rise of performance capture, a technology evident throughout the campaign story of Destiny 2. “It has allowed game writers to have their characters express emotions physically as well as verbally,” Korda explains. “We now have the opportunity to write like film writers.” 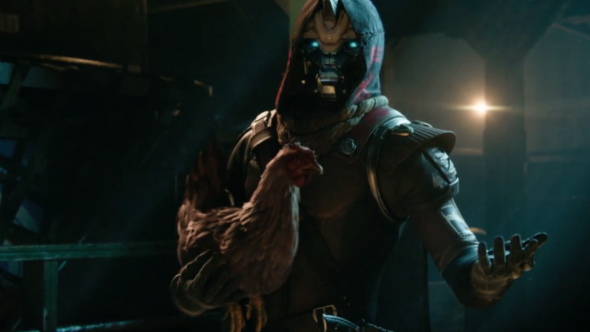 Think not only of Cayde cuddling a chicken in a pivotal cutscene. Consider the weariness and guilt carried by Zavala’s shoulders in his opening cutscene on Titan, having witnessed countless Guardians cut down, the Last City lost.

In triple-A games these days, no single character is the work of just one person – instead, they are the culmination of work carried out by developers and writers across many disciplines, all with an intimate understanding of the personality they are trying to create. After more than a decade experiencing this shift first-hand, it is heartening that Korda is positive about the future of storytelling in big-budget games.

“There’s a whole world of storytelling possibilities within this industry that will only become more exciting as developers find better ways to integrate story into their games,” he says. “New technology gives us new ways to create stories and interactive characters.”

That said, he hopes the industry can become bolder in its writing, and take more risks.

Thanks to Yorkshire Games Festival, where Martin Korda was a speaker this year.