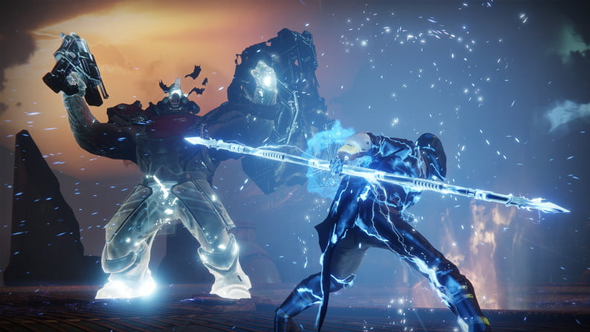 Bungie have been inviting popular Destiny YouTubers and streamers to offer feedback on Destiny 2’s lore and story. A summit meeting with game director Christopher Barrett, “a narrative lead from Bungie”, and several popular content creators was arranged to help address issues with the game’s storytelling, and offer suggestions on how to fix it.

If you too were left wondering what was going on, check out our Destiny 2 story guide.

YouTuber MyelinGames was in attendance, along with Mercules904, and theAER0KNIGHT, according to his report (which you can find on Reddit here). Lore guru Byf was apparently not there – which is a surprise –but made a video summing up its findings. MyelinGames admits he could not comment on some issues due to NDA, but many important points were still raised.

Continuity concerns were pointed out, such as Brother Vance’s character changing between games, and the Fall of Osiris comic book contradicting details from Destiny 1. MyelinGames also refers to “cohesiveness issues” in Destiny 2’s story, such as failing to develop Calus during missions. Raid Lairs and the Leviathan Raid were particularly called out as feeling disconnected from the events of the plot. Other issues involved lack of depth, accessing lore, tone changes, and the future of the game’s story.

There is no way to tell if Bungie will take any of the points raised by these fans on board, as of yet. MyelinGames however says he was close to quitting his YouTube channel before the meeting as he did not believe Bungie was “going to take it seriously, or invest time in the lore”, but changed his mind upon meeting Christopher Barrett and the narrative lead, who he calls “extremely respectful” and listened to all his concerns. But as he notes, “now we just have to see if it is delivered.”