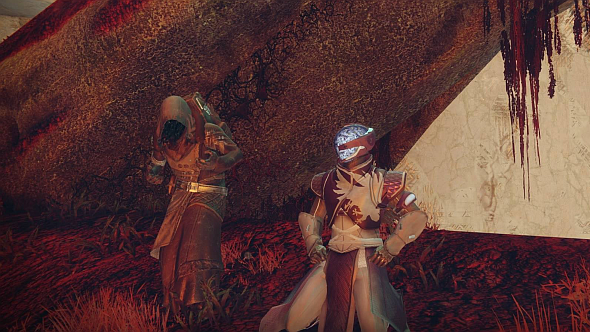 Another week, another problem with Destiny 2. This time, there are issues with two new items at the shady salesman Xur: a consumable that should raise your chance of an Exotic drop is not doing so, and an Engram that should guarantee new Exotics for your collection is apparently dropping duplicates.

Even if they were working, we still think Destiny 2’s proposed fixes need to go further.

Three of Coins is a consumable recently reintroduced from the original Destiny. For a hefty outlay of 31 legendary shards, it’s supposed to increase the Exotic drop rate. Trouble is, it isn’t doing that.

The issue was first raised on Reddit, where the original poster says they went through four Threes of Coins (each of which lasts four hours), and onlygot Exotics from Heroic strike chests when the consumables were notactive. Incredibly, sixteen hours of play with Three of Coins active yielded noExotics. That’s a far harsher rate than one would expect even under normal circumstances. Three of Coins may be bugged to drop the rate to zero, or Bungie may have reduced it under normal play to compensate for the fact that Three of Coins exists. 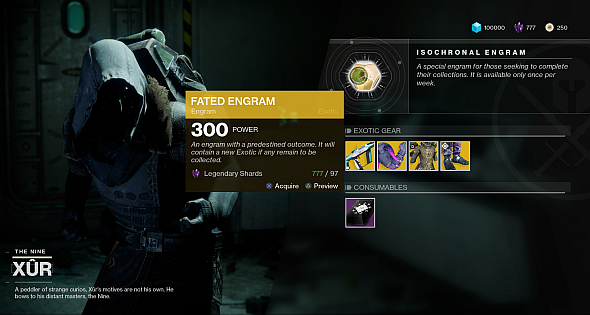 Bungie acknowledged the issue in a blog post, which clarifies that Three of Coins are supposedto increase the base chance of an Exotic engram upon activity completion by 50% for four hours.

They say “we have found Heroic Strikes do not currently grant higher chances for Exotics when using Three of Coins consumables, compared to Vanguard strikes. We’re looking to address this with a future hotfix, expected in early 2018.” Bungie are currently on their holiday break, hence the long wait for this fix.

Interestingly, many Redditors report Exotic drops from Patrol missions – those dull busywork jobs you can pick up from the flashing green beacons on planets. Maybe give them a try if you’re looking to complete your collection, since Three of Coins will apparently be bugged throughout Christmas.

Fated Engrams – which cost a much steeper 97 legendary shards – are another new item that are supposed to guarantee Exotics you don’t already have. As is the pattern for Destiny 2,another Redditor has complainedthat it, too, is not working, having dropped duplicate gear. There are more such anecdotes in the replies, and Bungie are investigating:

We are investigating reports that some players have received duplicate Exotic rewards from Fated Engrams. More information will be provided once available.

Three of Coins and Fated Engrams were two of the key changes Bungie promised at the end of last month to make Destiny 2 feel more rewarding. That they’ve both launched with problems doesn’t do much to dispel the growing impression of a game in crisis.