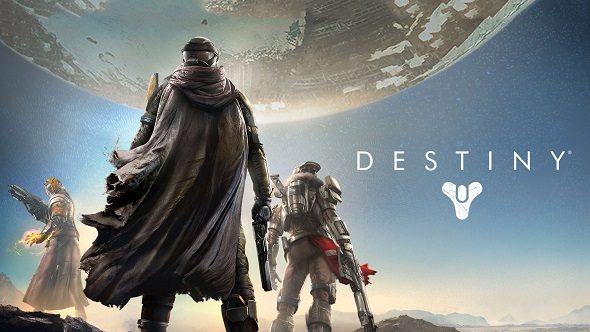 Update February 9, 2017: Destiny sequel confirmed in an official announcement from Activision, stating that there will be a “full Destiny sequel in 2017 to broaden the franchise’s global reach, which along with follow–on content plans, sets the stage for growth.”

Here is everything we do actually know about Destiny 2.

There is, as of yet, no release date and info is little more than the simple announcement of the title’s existence. Still, we can presumably expect any sequel to expand on the relatively fertile ground of the MMOFPS genre which many would argue the original title helped popularize.

In the call itself, Activision mentioned that a “full season” of content would be coming up for Destiny 2.

Original story February 9, 2016:In apost over on the Destiny subreddit, the imaginatively titled user Inside_Leaks has posted about some potentially new Destiny 2 information, ahead of a Bungie conference call that is supposed to be happening later today. This leak details the game’s title, its launch window as well as the three editions that it will launch with.

According to this leak apparently coming from a Bungie staff member, Destiny’s sequel will be titled Destiny II: The Forge of Hope, with a tentative release date of Q4 of 2017, between November 4 and November 18. It will release on PC, with Bungie keeping its console exclusivity deal with Sony for three months, before launching on Microsoft platforms. No word if the PC version will be affected by this console exclusivity deal but more may be revealed at a later date.

Outside of the base game, this leak states that Destiny II will get some sort of Digital Deluxe or Collector’s Edition with special in-game cosmetics, as well as a Limited Edition that includes a 1:2 scale model of the ‘Exo Strangers Relic of Necessity.’

Destiny 2 will also be running on a completely new engine according to the leaker, allowing for Bungie to “rapidly create and add new content to the world of Destiny.” The studio also plans to schedule “an event release every 1-2 months centering around a theme similar to Overwatch while also delivering new narrative paths and new gameplay mechanics.” When combined with plans to release a substantial content update every quarter similar to the April update for the original Destiny, you have a sequel which should be absolutely packed with content, if this leak is in any way true.

As for porting your character from Destiny to Destiny 2, the leaker states that characters will be left behind but there will be increased character customization options, including tattoos and facial hair for your Guardian.

While elements of this leak sound plausible, take everything with a suitably large grain of salt. Responses to this leak have been skeptical, with commenters saying that a complete engine overhaul would be completely unrealistic if Bungie wanted to launch in the Q4 window. Moreover, the numerous spelling mistakes and grammar errors make this leak seem questionable at best, especially if it is coming from “an employee within the Administrative ranks of Bungie”.

If this is at all true, expect news about the conference call to break sometime later on this evening.