The original Destiny aspired to both pioneer and dominate a new type of game: the MMO-lite, or ‘social’ shooter. It had the recipe: take a studio known for making one of the greatest shooter series ever, add social features only possible in the internet age, and give the team a massive budget.

On launch it fell well short of what it promised, for myriad fascinating reasons that we may never fully understand. But it survived, having had plenty of time to fix its problems, because it went long enough without a serious competitor. Destiny 2 recklessly abandoned much of the wisdom behind those fixes only for its latest expansion, Forsaken, to lurch back towards the light.

And not a moment too soon. Triple-A has embraced the games-as-a-service model wholesale in the years since Destiny came out in 2014. In Anthem and The Division 2, Destiny is about to get two direct competitors eager to learn from its mistakes, while battle royale games have swallowed many of the content creators so important to any hobby game’s community. Indie challenger Warframe is also going from strength to strength, with big plans for the coming year.

In the final part of our interview with two of Destiny’s leading content creators, Datto and FleshCrunch of Clan Redeem, we discuss Destiny 2’s torrid first year, whether or not Forsaken has indeed saved it, and whether they’ll be checking out its stiffening competition.

If you missed the rest of our chat with Datto and FleshCrunch, let us catch you up. In part one they discussed Destiny’s competitive PvE and whether it will ever match World of Warcraft’s, while part two covered the Last Wish raid and the race to beat it first.

PCGN: Many felt that Destiny 2’s first year was not a great experience. What did you make of it?

FleshCrunch: I think I can say with very little doubt that most of us, except for the ones who didn’t play the first Destiny, thought the game released in a very poor, unsatisfying state. Of the main players in Redeem pretty much all of us stopped playing for a while. I personally put the game down in late December because I simply wasn’t having fun any more, and didn’t even pick it up again until about a week or two before Warmind, when the game’s future finally started to look bright again.

A bunch of us were even more disappointed by this because we felt the game was heading in a bad direction since halfway through year two of Destiny 1, and thought Destiny 2 wouldn’t make the same mistakes. We were disappointed, but we were then saved by this amazing experience known as Forsaken.

So Forsaken has saved Destiny, then?

FC: I can say without a single shred of doubt that Forsaken has indeed saved Destiny’s life. There are still some things to be desired, but I don’t think anyone can honestly say they’re disappointed in this expansion, unless they’re already dead-set on hating the game.

Datto: I think, as a whole, Destiny 2 is the best it has ever been. Taken King used to be the time I’d look back on and say ‘those were the days’, but I think Forsaken has outdone Taken King. It definitely has saved the game, for sure. 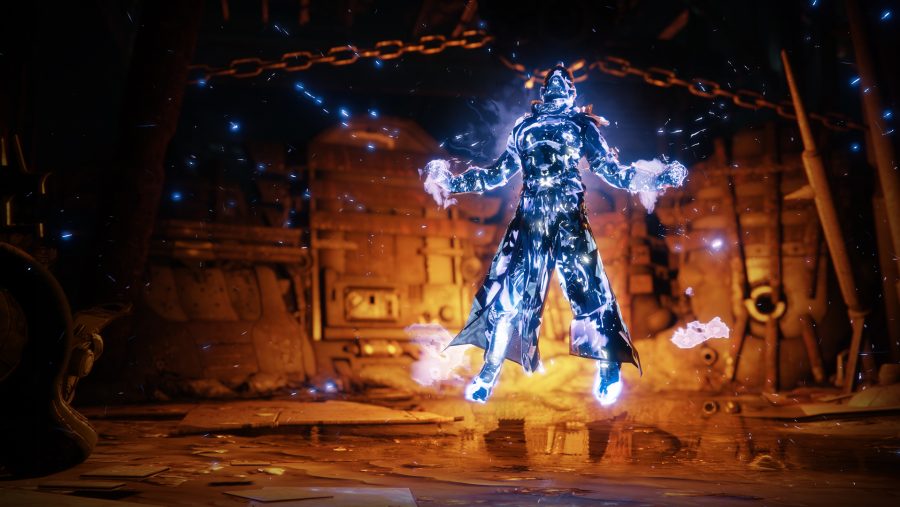 How can Bungie preserve or accelerate this momentum? What does it need to do next?

Datto: That’s the million dollar question, isn’t it? Now that people know Bungie is capable of stuff like Forsaken, I think it’s gonna be tough for them to keep up with this quality or make stuff that’s even better.

Now that the game is in a better spot, minor issues and tweaks can be applied to fix certain situations, like the masterwork core economy, but the thing I’m most excited for is the fact that Bungie can actually work on new features instead of having to worry about ‘fixing’ the game. Is the game always going to need fixing? Sure, but it’s not as dire as it was in the past. The core of the game is much more solid now.

FC: One of the biggest things Bungie can do is deepen the loot pool. There are a slew of weapon archetypes and perks currently missing from Destiny 2. Forsaken didn’t really add many new perks – we’ve got random rolls back, yes, but with the same old stuff. Everybody is out there looking for Rampage/Outlaw rolls on just about everything. It’d be nice to have more variety on top of what we already have. 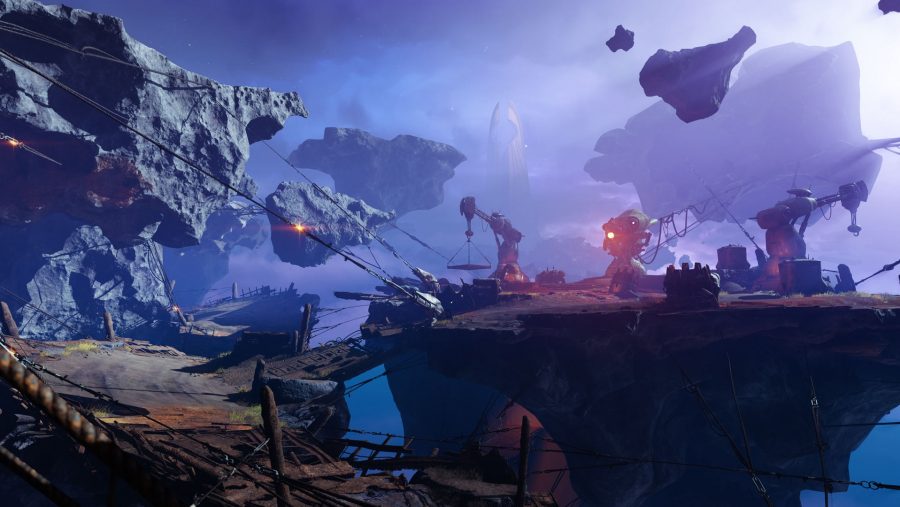 Datto, you’re one of the long-time linchpins of Destiny’s content creator community, but even your commitment to the game wavered at the start of the year. Are you back for good now?

Datto: I’d say at the moment I’m definitely back, yeah. If Forsaken wasn’t as good as it is now, I think both myself and Bungie would be in some trouble – they couldn’t afford to have a dud, and mentally, I don’t think I could’ve afforded to try to cover another misstep in the franchise. I think I would’ve just eventually stopped out of apathy and lack of patience.

A lot of my friends are active again, which is great, but we’ll see for how long. A drop-off will happen for sure, but I still want to see who will stick down all year and who will only be back for content drops.

What do you make of Destiny’s more direct rivals, such as Anthem, The Division 2, and Warframe? Are you going to check them out?

Anthem and the Division 2 are releasing in low-activity times for Destiny, so I'll at least check them out

FC: Personally I have no interest in trying Anthem. EA is not a company I’m willing to put any money behind, and I don’t see much appeal in the game world, either. The Division 2, though, is a game that a bunch of us are gonna be playing. A lot of us enjoyed our time in the first game, and they were headed in a great direction by the time they stopped putting out content for it. The Division 2 is focusing on a lot of the issues I had with the original, too, so it’s an exciting release for me. Warframe is a game I’ve already sunk a lot of time into – great game, with a lot of well-built systems, but the gameplay just doesn’t capture me the way Destiny does. 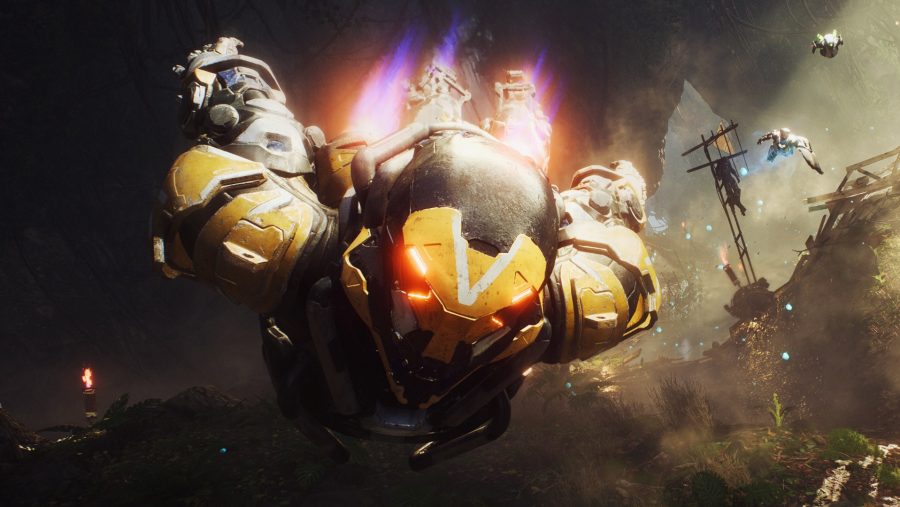 Datto: I got to play Anthem at EA Play this past year and, while I do think it’ll appeal to Destiny players who want to see other looter shooters, the pace of play is drastically different to Destiny. I would actually compare Anthem to The Division more than I would Destiny. Unfortunately, I haven’t kept up with Division 2 too much, so I can’t offer a lot of insight there.

Both Anthem and Division 2, if good, will definitely be a threat, but I think with Forsaken being as good as it is and Bungie being on the ball with fixes and keeping us updated, the other two games will need to really bring their A-game if they want to take some of the Destiny audience permanently. To be fair though, both games are releasing in typical low-activity times for Destiny – February/early March – so a lot of people from the Destiny community will probably at the very least check them out. Myself included.

Many of the changes from D1 into D2 seemed designed to entice casual players. For all of Destiny 2’s troubles, was there some merit to this strategy that Forsaken risks losing?

Datto: Was there some merit in trying to get more of an audience to your game? Sure, that’s an admirable thing to attempt to do. I can’t blame Bungie for trying to get more people to their game. But it just felt like they kinda forgot about the people who actually played the game during year two and year three, and that’s where they went wrong. 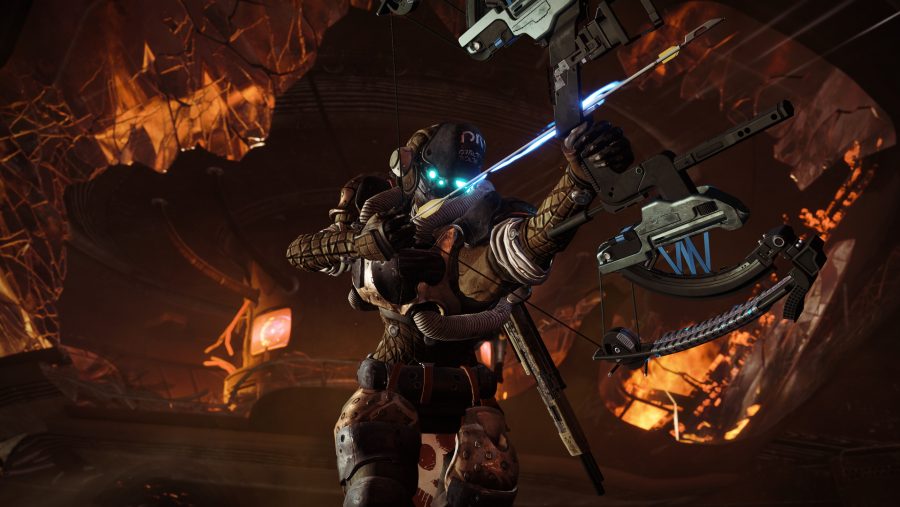 You’d think appealing to the people who will actually stick around with your game year-round would be the play, because they’ll tell their friends how good the game is, and they’ll buy it. Maybe that was the lesson they’ve learned, I don’t know – all I know is that casual players will end up leaving the game anyway, so when you cater to them, all you do is anger the veteran audience, your core audience, the one that always wants to be there. That’s exactly what happened.