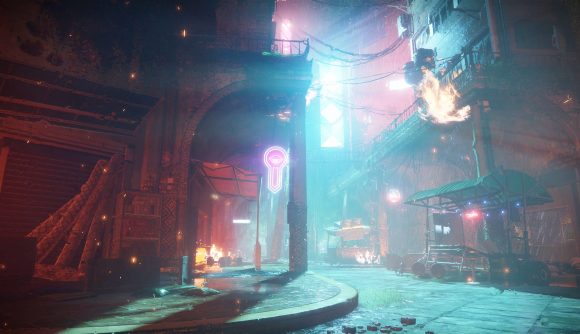 Destiny 2 is getting a special mission next week to honour the memory of a former developer. Community manager Cozmo writes in Bungie’s weekly update that the quest will involve going to Mars to pay your respects to Matt Helsom, who worked with Bungie as part of Vicarious Visions while the Halo creator was in a partnership with Activision. Destiny 2’s weekly refresh kicks off every Tuesday at 18:00 BST/ 10:00 PST/ 13:00 EST, so you can expect it then.

“Next week, we have a tribute going live in game to honour one of our dear friends at Vicarious Visions who passed away last year, Matt Helsom,” Cozmo writes. “The weekly reset will include a director message that will send you to Mars for a short quest to honour Mr Helsom. He worked closely with teams at both Bungie and VV on various projects during our partnership, and we wanted to memorialise his contributions in the Destiny universe.

“We wish all of his family, friends, and everyone he impacted during his life the very best. Thank you to everyone in the community who joins us in remembering this warm soul.”

There’s also a tribute to Helsom in Vicarious Visions’ latest game Tony Hawk’s Pro Skater 1 & 2 in the School II level. It’s a secret area, but it’s a gymnasium with his name on it.

If you’d like to see it yourself, here’s a video of someone showing you where to go.