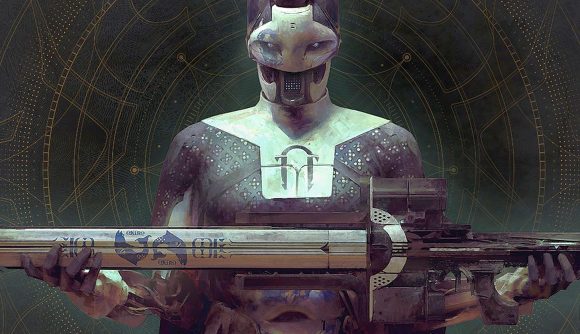 Destiny 2 is all about the drops, but some of those drops are rarer than others – and if you’ve ever sought out any exotics reliant on rare bounties, you know just how painful the waiting game can be. Exotics like Izanagi’s Burden – still a powerful choice in the current meta – have been a troublesome goal since they were introduced, but Bungie has plans in mind to reduce the, er, burden.

“We have been working on a change to make getting the rare bounties less of a pain,” according to Bungie’s Cozmo on Reddit. “Currently planned for an upcoming update later this month.” The comment comes in response to a player who spent nearly three months grinding to get the appropriate rare bounty and unlock Izanagi’s Burden.

These rare Black Armory bounties can only be acquired from completing Ada-1’s daily and weekly bounties – there’s a tiny chance for one to drop every time you complete one. It can take weeks for a rare bounty to drop, and that process can keep dragging on for interminable stretches if you’re truly unlucky.

A little relief will be nice, even if it’s taken a year from the launch of Black Armory for the update to land.

Destiny 2 still ranks among the best multiplayer games out there, but you can follow that link for a whole lot more options if you need to space out your grind sessions.