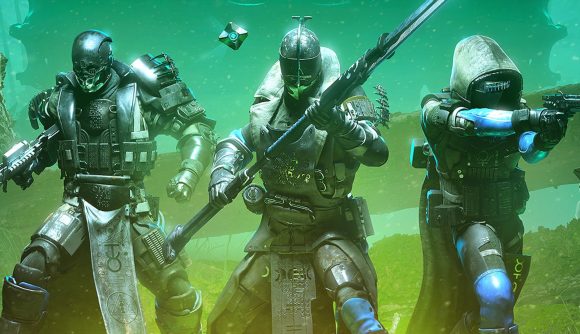 A new Destiny 2 orb generation glitch has been discovered that’s so bad it can get players banned by Bungie. The so-called Min/Max glitch can create ridiculous amounts of power orbs, but a fix might not be coming until December – which is why Bungie has put in a Rutabaga error to counter it with “escalating restrictions”.

Since the power orb system was added, there have been many glitches discovered by players on ways to produce far too many of them – that’s pretty much the only thing the Telesto Exotic rifle is good for, for example. However, this new exploit is different as it’s not something Bungie can easily disable.

As commented on by Destiny 2’s senior community manager dmg04 on Twitter, this particular PC-only exploit was discovered earlier this year by a group who reported it to Bungie – who have been working on a fix ever since but as it’s such “an incredibly deep and difficult to fix bug” the team is still estimating December for its release.

Bungie has implemented the Rutabaga error for when players try to replicate the glitch, with the note that “if players error out of the game numerous times, they can be met with escalating restrictions” – up to even banning players who try to do it too much, apparently.

Super thankful for the time we got to investigate as this is an incredibly deep and difficult to fix bug, but it looks like the repro video has been published.

The team is actively deploying some changes that will force Rutabaga errors when players attempt to reproduce this.

Hopefully the glitch will indeed be fixed this year, so it’ll be out of the way for the release of Destiny 2’s The Witch Queen expansion in February.