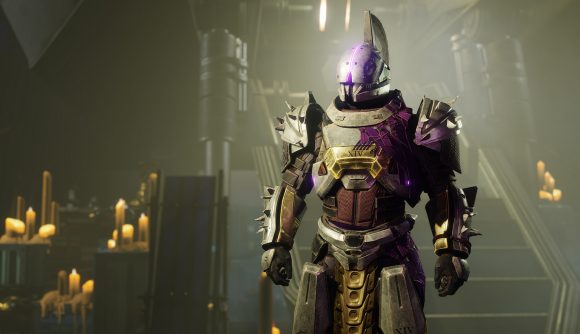 Destiny 2’s new structure made its debut under Shadowkeep with the Season of the Undying, and now developer Bungie has unveiled the next round of content: the Season of Dawn, which launches December 10. The devs are only hinting at gameplay details right now, but it seems that the story will have us partnering up with a returning Osiris to rescue Saint-14.

The trailer sees Osiris running down the situation following the current season’s Vex-related events – basically, the Red Legion is taking advantage of the time shenanigans to try and rewrite what happened in Destiny 2’s original Red War campaign. That’ll have you travelling through time to set things right, and you’ll bring Saint-14 back from the dead along the way.

The big new play mode is a six-player matchmade activity called the Sundial, in which you’ll defend the titular structure from the Cabal. You’ll complete Timelost weapon frames to earn new guns of your choice through the activity, which is only available to season pass holders.

As with the previous season, the new seasonal artifact is available whether or not you have the pass, and the new Lantern of Osiris will similarly level up to give you additional power and extra gameplay mods.

Everyone will also have access to the Righteous seasonal armour set, the chance to earn Symmetry through seasonal progression, and an activity where you help Osiris restore obelisks across four destinations. Rich – our eagle-eyed Destiny 2 superfan – also notes that the Rusted Land PvP map from Destiny 1 makes an appearance in the trailer, so expect that as part of the new season.