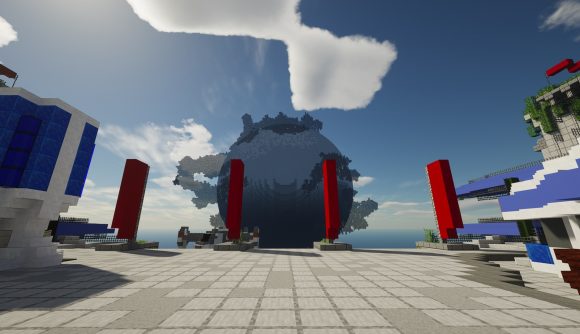 This isn’t the first time Minecraft player Infered has tried to rebuild Destiny on PC. After a group of players recreated the space game’s Clash game mode, he was brought on to make weapon and block textures. From there, the project snowballed until it had more blocky spins on familiar locations that you could patrol. It was even featured in a Community Spotlight feature by Bungie in 2016. While it looked stunning, though, it wasn’t fun.

“The problem was that the project, while cool, was rough,” Infered, who wishes to remain anonymous, tells us. “While it was niche enough, we didn’t have enough developed to make a fun game. It was grindy with poor rewards, no exotics, and it was just patrol. Players wanted more and then never stuck around and often left negative comments about the lacklustre experience. It was tough, and I felt pressured to make something great for seemingly no reward, so I ran a final backup and pulled the plug for a while.”

Infered has used his time away wisely. The group’s focus since returning a year and a half ago has been to do it “right once instead of wrong twice”. That means taking the time to piece something together that’s worthwhile before letting others play it.

“We have all four major maps, not counting the Rise of Iron version of the Cosmodrome since that’s just a reskin, two social areas, working patrol bounties, ghosts, vendors, enemies, public events, and strikes,” he explains. “We have 400+ 3D modelled weapons with unique models for the exotics and a select few, awesome legendary guns, 3D Ghosts, the works. We’re making Destiny 1 in Minecraft in full – we’re probably insane.” 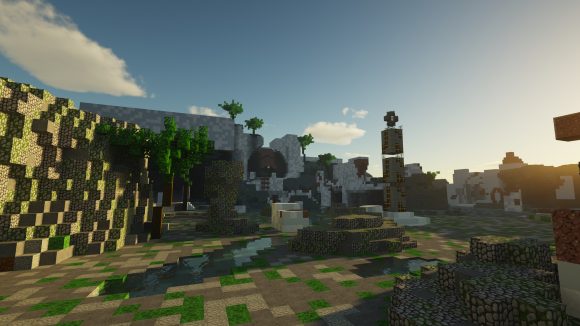 That’s not to say the project is without its challenges. The way that leather works in Minecraft means the team can’t implement shaders effectively without taking the sheen off of Exotics. Sparrows, unfortunately, are also out of the question.

“Entities in Minecraft are different from traditional games, since they persist between restarts,” he explains. “In Destiny, when the admins reboot a server, it wipes itself clean and rebuilds the world. In Minecraft, entities stay where you left them unless you overhaul entity management entirely. It’ll be hard to implement sparrows unless we can clean them up.” 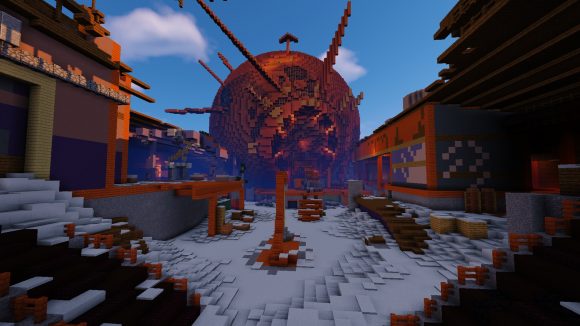 After five years of work, though, Infered and his team feel it’s almost time to pull back the curtain. The current goal is to have something playable in some capacity by May 2021, but they’re pushing for the 2020 holidays if possible.

In the meantime, though, the group has a Discord where you can get a peep at what’s currently been working on. They also have a website where you can find details on how to access the old build.