Destiny isn’t on PC, but that hasn’t stopped me playing it over the last week. It’s a frustrating game – a lavishly produced mashup between Borderlands and Halo, but sad, and on the Moon. And Venus.

Destiny has been described as an MMO. If that’s true, it’s not a very good one. There’s a level of naivety in Destiny’s design that I find extraordinary. While Bungie know how to make first-person shooting work, it’s clear that the designers have really struggled to create MMO and RPG systems that produce fun.

What’s frustrating is that many of the problems I have with the game have long been solved in PC land. 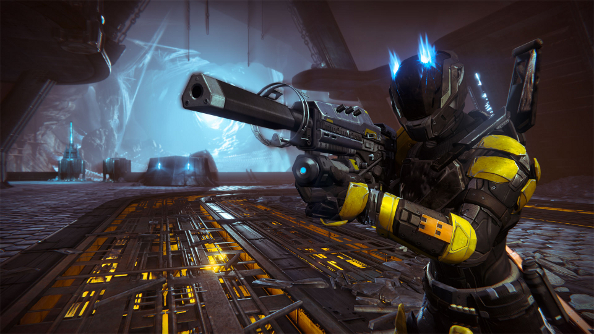 After you hit the level cap, character progression in Destiny is tied to loot. There are a couple of ways to earn that loot: currency trade-ins via PvP and PvE encounters, and drops from open world grinding.

That latter approach is a problem. Like Diablo III, you’re scavenging for legendary weapons and armour. Like Diablo III, too, drops need to be identified before you can wear them, and like Diablo III’s original design, most legendaries are useless for your class. Poor loot was one of the core complaints surrounding Diablo III’s first implementation – Blizzard’s solution was to introduce a Smart Loot system in February of this year. Smart loot means that the game will drop more items that are useful for your class than not – and it will ensure that the stats on those items match those that your class requires. Wizards don’t get legendary staffs stacked with strength.

That’s not the only problem with Destiny’s loot system: it’s absurd that the drop rate for Legendaries is the same no matter where or what level you play, or what level the monster you’ve just killed is at. But it’s one of the most fixable fails. 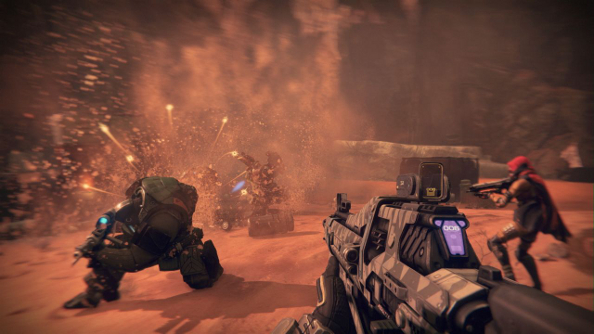 There’s a cliche that quests in MMO games have to be boring. That used to be true. Oh god, how true it was. In Destiny, it’s definitely true. Completing quests in Destiny’s open world is simply a matter of walking up to a beacon, and then killing monsters until a progress bar completes.

Destiny’s quests are how MMOs used to work. They were dumb. MMOs didn’t include scope for interaction beyond killing. All you could do is murder: peaceful giraffes, angry orcs, defiant sharks. Everything had to die, and the only choice was: would you kill them for the sake of it, or to collect their teeth? There were only two verbs: kill or collect.

But Blizzard solved the problem in World of Warcraft, by introducing vocabulary of quest items. Quietly, Wrath of the Lich King’s biggest change was to allow quest designers to use items. Now, a quest could say “use this fire extinguisher with those burning towers”, or “use this poop scoop with those piles of gazelle shit”. Or “use this shrink ray on those massive ogres and collect them as pets”.

If Destiny wants to make open world questing more interesting and less of a straight grind, then they will have to create more ways of interacting with the world they’ve created. They have to go beyond shooting, and into “using”. 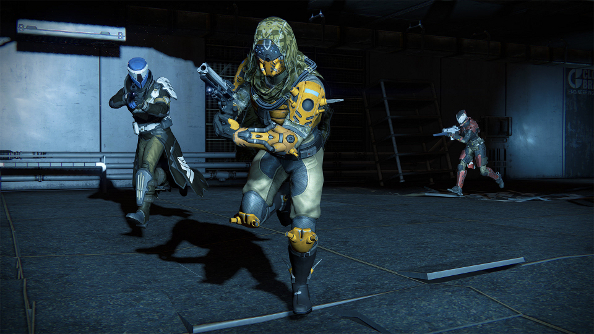 Destiny has small dungeons called Strikes, where you can fight powerful boss monsters. But, there’s a problem. The boss monsters are awful.

Really, I’m amazed that Destiny was released with such tedious fights. Bosses in Destiny are nothing more than bullet sponges with overpowering attacks. To win, you shoot them in their slightly weaker point, and then kill the waves of adds, and then continue to shoot them in their weaker points, dodging whichever doom ability they can muster, until they die. Then you move onto the next thing.

Leeroy Jenkins exists because World of Warcraft’s encounters require a level of co-ordination that is absolutely lacking from Destiny. Even the most basic tank and spank fight in WoW requires players to think beyond “shoot bad thing in weak spot for fifteen minutes”.

Upper Black Rock Spire was just the start. Since vanilla WoW, MMO raid designers have gone nuts. They throw ideas out, left right and centre. Here, as another example, is Heigan the Unclean, a boss that asks ten or 25 players run between waves of green goo: an easily repeatable mechanic that Destiny could easily pinch. It turns out, getting 10 or 25 players to walk left or right is harder than you might expect.

It seems so weird: that the peak of a game with this level of ambition is so… aimless?

But at least it’s stable 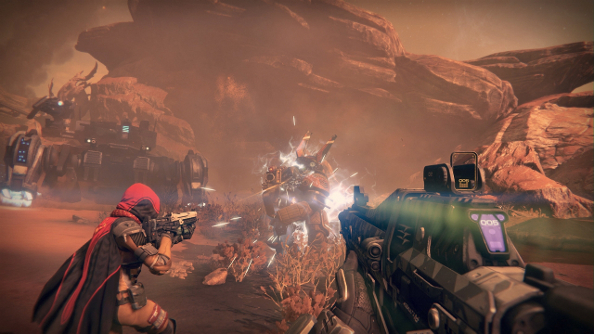 The one lesson I wish MMO developers would take away from Destiny is pretty simple: don’t fuck up launch week. It sounds simple, but few games on PC can handle the crowds following launch. Bungie managed it: the game hasn’t fallen over, yet. I wish the same could be said of Diablo III, Battlefield 4, SimCity, Titanfall and every high profile server error from the past two years.