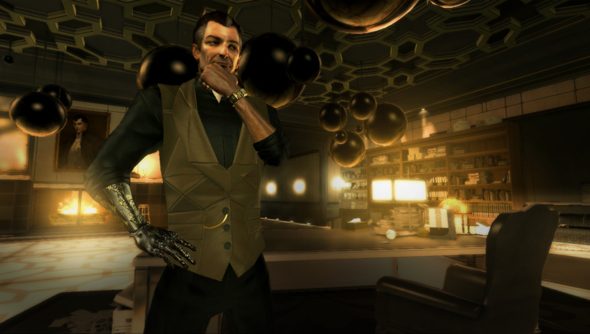 Why did Deus Ex: Human Revolution have all of its gruesome stabby bits rendered in third-person? The answer has finally become clear: to save writer, director and star Moe Charif from hiring a fight choreographer.

I’m kidding. Charif did in fact hire a fight choreographer, as well as a small but somewhat brilliant crew for his Deus Ex fan film. I’ve footage of some of that and an impressive new trailer below. A warning though: there are violent scenes throughout, and follow-through wall-punching from the start.

And now: men backflipping in their front rooms like nellies before doing it in a studio like heroes:

Squeenix are currently working on an official Human Revolution flick with CBS. That’ll be ages though, which makes Charif chief of 2013.