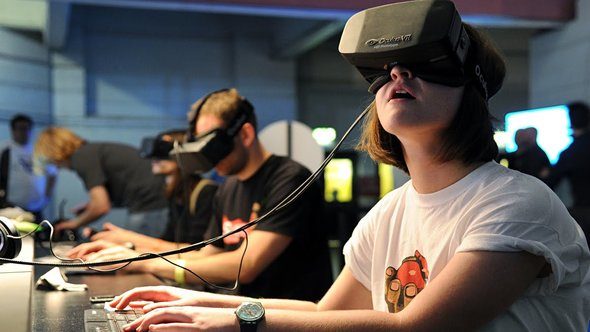 This year’s GDC (Game Developers Conference) brought together 27,000 professionals, from programmers to artists to audio designers, all of them in a perfect position to tell us where the industry is headed as we smash and click our way into 2017. It makes sense then that the hosts took it upon themselves to ask a few questions about what these guys were developing their games on.

Put that viser to good use with our list of the best VR games on PC.

Unsurprisingly, the PC/Mac was dominant, with 53% of all titles currently being developed for the platform. This is most likely due to the open nature of PC development, which allows for pretty much anyone to make a PC game. But the real surprise came in the form of VR, in which the HTC Vive has taken a slight lead over the Oculus Rift as the developers’ headset of choice. It is a very slight lead though, with the Vive taking 24% over the Rift’s 23%. That’s a huge coup for the HTC Vive, given that in last year’s survey it claimed just 6% of developers against the Rift’s 19%. Furthermore, it would seem that the Vive is destined for even greater dominance, with 40% of respondents stating their intentions to develop their next game (after the one they’re currently working on) on the Steam-based VR platform. But it doesn’t end there and the praise for the Vive seemed to be all-encompassing as 45% of all developers said they found the headset to be the most interesting to develop for, with the Rift, Playstation VR and Microsoft’s HoloLens sitting well behind in the rankings.

This explosion in VR interest seems to have positively cemented professional attitudes towards the various devices, with 75% of all those surveyed believing it to be a sustainable part of the industry. A rather large number of them also felt that virtual and augmented reality games are the future of gaming, with a roughly even split between mobile devices and PC/console.

You can check out a more detailed summary of the entire survey over at the original NeoGAF forum thread. Whatever your feelings on the big plastic helmets are, there’s one thing we can all be sure of. There will be no shortage of VR experiences in the coming years.