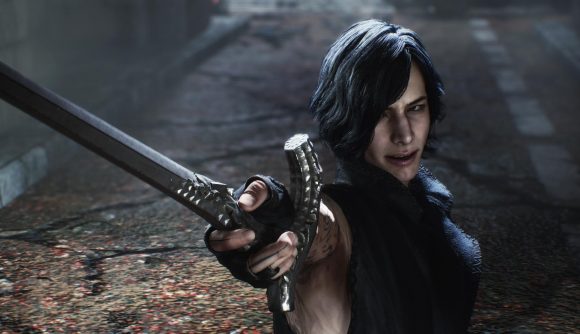 A Denuvo-free version of Devil May Cry 5 can still be accessed within the Steam console. The .exe file, which can be downloaded through Steam, reportedly provides as much as a 20FPS boost to the latest entry in the series, which released earlier today.

In a post on the game’s Steam community page, one player discovered a branch likely used by the QA team to test the game, but had accidentally been left public. Capcom has since deleted the branch, but players can still access the Denuvo-free file in the Steam console. From there, it can be downloaded, and then used to overwrite the pre-existing version of the file.

The author of the Steam post claims that the downloading the file has increased the game’s frame rate from 74 FPS to 93, an increase of 19, or around 25%. They also state that the new file has kept their FPS more stable than before. Both Denuvo and several major publishers have previously claimed that the anti-piracy software does not impact game performance.

While Denuvo workarounds are often attached to videogame piracy, this time around that’s not particularly likely to be the case. While Devil May Cry 5 does appear to have already been cracked, a pirated version would already be free of Denuvo’s protection. In order to take advantage of this particular trick, you would need to have actually purchased the game through Steam.

Related: Check out our Devil May Cry 5 review

Bear in mind that while this workaround is currently available, it’s very possible that Capcom could patch it at any time. And that you’re not likely to make either the publisher or Steam particularly happy by messing around within its files. We’ve reached out to Capcom regarding this story, and we’ll update when we hear more.