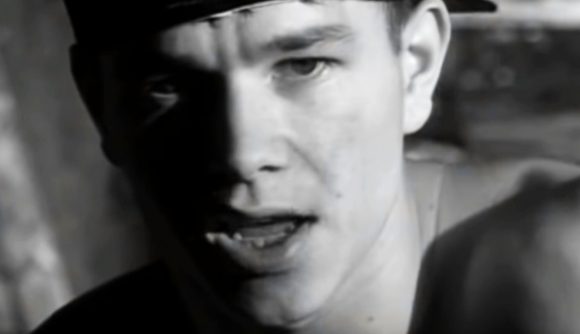 Larzuk is a humble Barbarian craftsman you stumble across in Act 5 of Diablo 2 in Harrogath. He hands you the first quest of the Lord of Destruction expansion, which tasks you with destroying the taskmaster, Shenk the Overseer, responsible for the never-ending siege on the town. There’s also a chance Marky Mark – better known these days as Mark Wahlberg – serves as his inspiration.

We recently got the chance to catch up with Diablo 2 Resurrected lead artist Chris Amaral and lead producer Chris Lena. During our chat, Amaral tells me that the Blizzard and Vicarious Visions teams benefit from plenty of old notes and reference images from the original Diablo 2, which they rely upon to make sure the upcoming remaster is faithful. Naturally, we had to ask them if anything unexpected or amusing came up when they were poking around in the game’s history.

“I think Larzuk. I’m not sure if you’re familiar with Larzuk – he’s a barbarian NPC in Act Five and Harrogath. His inspiration was Marky Mark, at least according to the reference image that we found,” Amaral explains. “So that was really the only strange thing we found. Everything else seemed pretty much on par. Even looking at the art you would never have . . . there was no correlation between [them]. I just thought, maybe, someone just threw it in there as a joke.”

If you’re curious whether this means Larzuk will be more Marky Mark-like in Diablo 2 Resurrected, the answer is no, sadly.

“We do look at the reference images, but our main focus is the sprite game art,” Amaral confirms. “We use it to determine how to make the HD version.”

Funnily enough, that’s probably not the only reference to Marky Mark in the game. One of the classic PC game’s weapons is called The Diggler, a unique version of the Dirk dagger. Plenty take it to be an unsubtle reference to Mark Wahlberg’s character in Boogie Nights Dirk Diggler. The more you know.