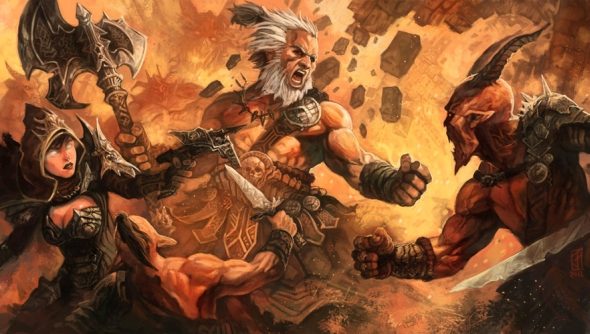 Blizzard has announced that the Auction house will be delayed until an unspecified date. Note, this doesn’t mean it’s been cancelled, just that they’re still ironing out some bugs. They also announced an already-live patch (to both the launcher and the game – perhaps to prevent the many examples of hacking that have been reported.) Nethaera, one of the community management team, said;

“In light of the post-launch obstacles we’ve encountered, we have made the decision to move the launch of the real-money auction house beyond the previously estimated May time frame. As we mentioned in our original announcement, our goal has always been to ensure everyone has the smoothest experience possible when the real-money auction house launches, and we need a bit more time to iron out the existing general stability and gameplay issues before that feature goes live,” say Blizzard.
“While we don’t have a new launch date to share just yet, we’ll have more information soon.”
The hotfixes include crucial end-game ones, a fix for Demon Hunters to stop their game crashing when they equip shields on followers, and a whole bunch of nerfs for the monk.