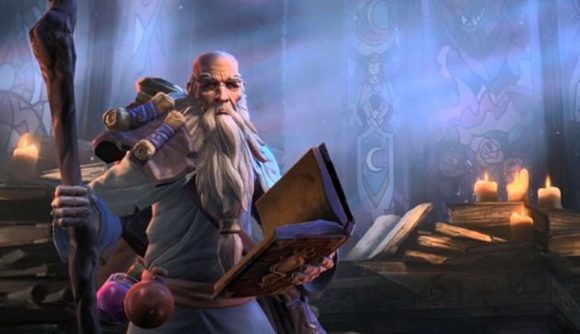 Want to spend your Monday feeling incredibly old? No? Well tough, because if I have to bear this burden, I’m damn sure I won’t be doing it alone: Diablo 3 is a ‘classic’ game now.

That devastating news comes direct from Blizzard. In a job ad posted last week (via Icy Veins), the developer stated that it was looking for a senior software engineer for its classic game servers. That’s all very well, except for the fact that alongside games like StarCraft and the original Warcraft trilogy, the developer now counts the most recent Diablo game as one of those ‘classic’ titles.

Let’s put that in some perspective: Warcraft 3 released in 2002, a little over 17 years ago. Starcraft is even older, having turned 21 back in March. Admittedly, the first Diablo released before both of those, right at the end of 1996. The sequel in 2000, which would nestle it in among these other classics, but Diablo 3 only released in 2012. That’s only seven years ago.

Before you crumble entirely into dust, however, this news might come with something of a silver lining. If Diablo 3 is about to be cast into the annals of history, then perhaps a new game isn’t too far over the horizon.

Diablo Immortal is on its way, of course, but given its somewhat frosty reception last year, I wouldn’t be surprised if Blizzard had something new up its sleeve. That’s all just speculation, but Diablo 4 has reportedly already been shown to Blizzard employees, and BlizzCon is only a few weeks away.