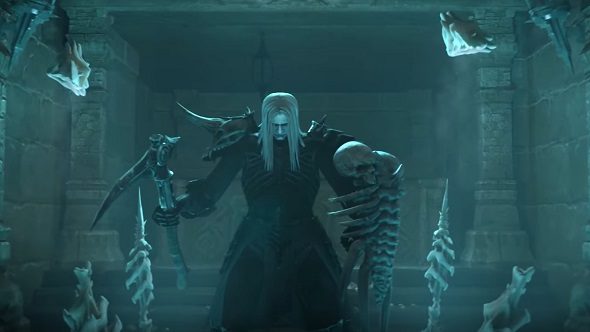 While some lucky Diablo 3 players are already exploding corpses in the Necromancer beta, Blizzard have announced that they will be hosting a special Q&A with senior designer Travis Day and lead VFX artist Julian Love this coming Wednesday, all about the Necromancer. Hoping to talk more about the class’s creation, their design process and so on, this Q&A should prove enlightening for Diablo 3 fans.

Check out our thoughts on both the Necromancer class and the future of the Diablo series.

Announced back at last year’s BlizzCon, the Necromancer class uses poison, ice spells and blood magic to deal damage at both close and long range. As is typical for a Necromancer, they can also control legions of the dead, using them as their own personal army or as walking bombs to clear waves of enemies. The Necromancer is scheduled for general release in the second half of 2017, with the opening post for the Q&A keen to reiterate that no information on pricing or a release date will be offered during the stream.

With questions on the class’s release date ruled out, the majority of questions revolve around balancing certain aspects of the Necromancer, like if Blizzard are planning to make pet builds more viable. At the moment, a pure pet build simply does not deal enough damage to be considered at the higher levels. As such, many Necromancer players are hoping that Blizzard will rework the class’s current passives to help boost players who want to play as the commander of a skeleton army.

If you have any burning questions that simply need answers, you can submit them via the forum thread or on Twitter via the hashtag #D3QA. Try to keep them under 50 words, so Messrs Day and Love can get through as many questions as possible.

The Q&A will be streamed via both the Diablo Facebook and Twitch pages at 4PM PDT on May 3.