The second day of Blizzcon is well under way and news is hitting thick and fast. I’ve just sat down with Josh Mosqueira and Travis Day, game director and game designer on Diablo 3 respectively, and they had a couple of very interesting tidbits to share about the history and future of the game.

Read more about what’s coming next for Diablo 3 in patch 2.4.

When discussing how to monetise after Reaper of Souls, it was Mike Morhaime that told the team to “just release the stuff for free.” Mike apparently said that it was about winning back the hearts and minds of people who were disappointed with the original release. When I posited that I always felt there was an apologetic tone to the massive patches, Josh said that while it may appear that way from the outside, for them it was about pride – having pride in their product, and it being up to Blizzard’s usual massive standards. That was the core of why Mike pushed towards free patches, not letting anything get in the way of restoring that. 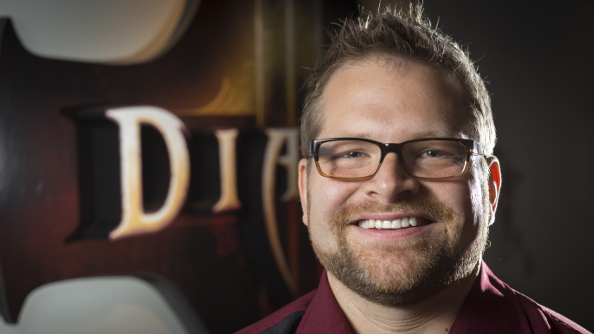 I also wanted to ask specifically about the Nemesis system, a console-only feature that means elite mobs that kill you jump through portals into your friend’s games to wreck further havoc. If your mates manage to take down the newly empowered mob, you’ll both get delicious loot. It’s the sweetest feature they have and, with the news that the console’s ‘action combat’ is making the transition, I wanted this in too.

“It’s so awesome. One of the challenges, the way that feature was architected it really [relies] on the way PSN and Xbox Live handle friend lists. That’s different on the Battle.net side, fundamentally different at a base level. We want it in as much as the community does. It’s a lot of work – it might not seem it, “it’s just a friends list it should work the same” – they’re very different.”

So, eventually, hopefully. I could tell Josh and Travis were as interested in getting it in the game as the community are (and I am). We’ll have more and more from Blizzcon over the coming week.