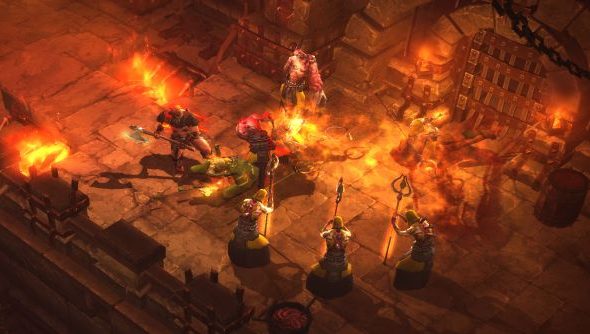 Blizzard have expressed intent on getting rid of “permanent” crowd control in a future content patch for Diablo III. Currently, the highest ranked groups for Diablo III’s competitive Greater Rifts all require similar “zero-DPS” builds, where one or two players focus entirely on disabling enemy minions, and buffing the parties damage.

The news came from deep within the game’s official forums, where community manager Grimiku responded to fan feedback on the state of Greater Rifts.

“We’re looking to disable permanent Crowd Control in an upcoming content patch to create more interaction with monsters at higher Greater Rifts levels.” stated Grimiku. “To complement that change, we will be also be evaluating how much damage monsters are dealing to players in that environment. One of our goals in the next major patch is to provide a more consistent Greater Rift experience while making sure that defensive Legendary items still matter.”

It’s no wonder that this can be seen as a bit un-fun, as enemies that can’t attack are not really a threat at all; certainly not the intended design of the developers. Here’s an example of a zero-DPS build for Witch Doctors that’s currenlty being used in Season 3 from Youtuber Anthony Evans:

This change will certainly affect the meta in a big way, as the most successful groups rely on these zero-DPS classes to safely complete extremely high level Greater Rifts. This effect will only be compounded in Hardcore mode too, where death is permanent. Naturally however, it looks like monster damage will be reduced to compensate for the increased danger.

There’s no word on when this content patch is due, but it’ll likely land at the end of Season 3, which has still got three months to go according to Blizzard.