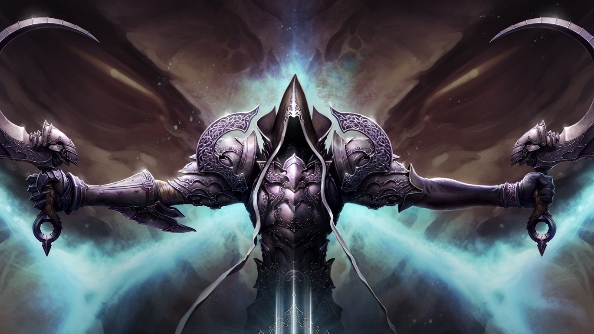 Update January 4, 2017: Diablo 3’s anniversary update is now live in both the Americas and Europe, and presumably everywhere else, so you’re free to play classic Diablo all prettied up.

Players are reporting the update is around the 800mb mark, so it shouldn’t take long at all before you can get your hands on some sweet loot.

Be sure to follow our BlizzCon 2016 tag for all the news from the event.

Take part in a time-limited event: “A mysterious group of Cultists is stirring up trouble! Hunt them down in Adventure Mode to uncover clues that reveal a portal into Tristram’s past, and rediscover the terrifying darkness that took hold of the town so many years ago…”

You only have January to get involved with that, so get cracking now. There are also a huge range of tweaks, changes and additions to the game. Head to Battle.net for the full patch notes.

The update is also invading other Blizzard games.

Update November 4, 2016:Diablo 3’s anniversary update isn’t just adding a remastered Diablo, it’s bringing with it a plethora of changes to shake up the base game.

First up, the Armory feature will allow players to save up to five custom loadouts, locking in everything from the gems you have slotted to your character skills, passives and equipment. Once you name a loadout, you can select it at an Armory in town, switching between playstyles as it suits.

Then there are Challenge Rifts, which place you as a set character build, locking in skills and equipment and asking you to complete a dungeon with that pre-baked character. The build is determined by another human player’s dungeon run. Blizzard will choose a run with an interesting build and time, then setying it up to be tackled by players globally, with the goal of beating the original player’s time.

Because enemies, portals, etc, are all baked in, you can re-run the Rift as much as you want, improving your time as your familiarity grows. Beyond the original player, there will be friends and global leaderboards, so it’s going to get very competitive, with a meta forming around each event.

Greater Rifts have also been reworked, so there should now be less empty space. AI has also been tweaked here, and you can even hit enemies that are mid-air. Blizzard say they tried to solve “all the problems”. You even get bonuses for completing rifts without dying now.

There are other little quality-of-life improvements too, like how dyes and crafting mats now don’t take up inventory space. Check out Eurogamer’s interview for more:

Original Story November 4, 2016: Next week’s anniversary patch for Diablo 3 will add a remastered version of the original Diablo, complete with 16 levels of monster-filled dungeon.

That’s right – to celebrate the series’ 20th anniversary, Blizzard are releasing The Darkening of Tristram, a new mode that adds a reworked version of first Diablo to Diablo 3.

The aforementioned 16 level dungeon will house all four of the original main bosses, right through to Big Red at the bottom.

It won’t just use Diablo 3 assets either, as sound, music and special graphics filters will combine to give it an old-school aesthetic. Blizzard call it ‘glorious retrovision’. To make sure it’s completely authentic, players will even be locked to eight-directions.

You can use existing characters, but a new build is recommended for the full, intended experience. We’ll let you know when there’s an exact date for the patch.