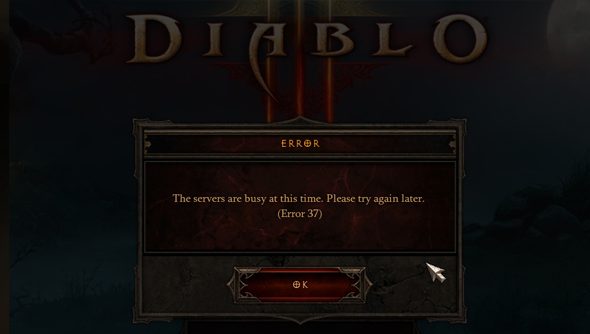 Regardless of how you feel about Diablo 3 being online only, and whether you recoil in revulsion at the idea of the Real Money Auction House, even the greatest evangelist for these systems can’t help but admit that Blizzard’s launch of its grand action RPG hasn’t exactly been smooth. Trying to log into the game all this week has been an exercise in frustration, with errors throwing numbers at you as if they’re supposed to mean something. The result: Blizzard have apologised, and delayed the launch of their controversial real money auction house.

With that in mind, Blizzard have apologisedfor the troubles that players faced, specifically in regards to the login issues, but also for problems with disconnects and the game breaking bugs that prevented players from progressing if they gave specific items to their followers.

The really interesting bit of news to come out of this apology is that the Real Money Auction House is going to be delayed. Originally slated to be released on the 22nd of May (Tuesday, a week after launch), it’s now been pushed back, with only ‘we’ve decided to move our target launch for the real-money auction house beyond our original estimated date’.