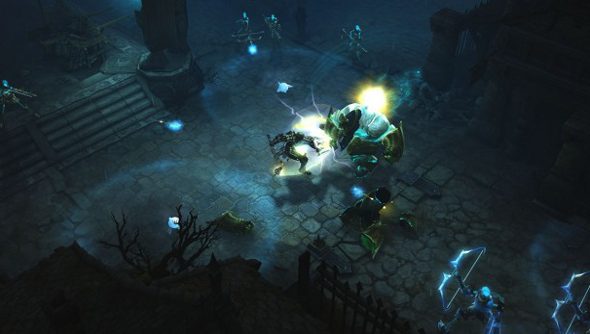 Blizzard honchos Wyatt Cheng and Travis Day recently spent a few hours in the company of famed Diablo 3 streamer ArchonTheWizard in celebration of the game’s first anniversary. Among a great many other things, they discussed the not-too-far-fetched possibility of seasonal ranking – though Cheng warned it “wouldn’t be viable until an expansion”.

“Ladder is something that is not out of the question,” said game designer Day in the chat transcribed by diablo.somepage. “We talk about it, we’re investigating it, you might see it one day. Not making any promises on when or how, but it is certainly something that we talk about a lot.”

“As you’ve probably found with all your self-found [non-auction house] hardcore playing, it’s really fun to level up new characters,” he said. “In that experience, typically my character is growing ever more powerful, but the frequency of my upgrades is getting farther and farther apart. So when I level from 1-60, I’ll find an upgrade for my character every 15-20 minutes. And that’s pretty cool.

“Then when you hit level 60, if you’re still self-found, you’re finding an upgrade maybe every 45 minutes or an hour. That rate of upgrade gets slower and slower with time, as your gear continues to improve, and gets better and better.

“Sometimes we all want to [start fresh] and we can choose to do it, but sometimes it’s nice to do it together, as a global community. Or have a recognized badge of honor, for having done it.”

Cheng added that any ladder implemented would separate out new, ranked characters from their already-existing counterparts, as in Diablo 2. “We wouldn’t take away anything from what people have accomplished,” he said. “People have a lot of investment in their current characters, so you’d still keep those.”

Day noted that ladders could provide Diablo 3 players with reasons to play the game long after Blizzard cease post-release development.

“Five years from now, you’re probably not going to see us making huge content patches, or class updates,” he said. “At some point we’ll set the game aside, sort of leave it as a work that we’ve completed, and move on to like Diablo 4, or whatever, right? Ladders is absolutely one of the things that helps the game stay fresh for people 5 years from now, or 3 years, or 2 years, or whatever.”

Are you looking for a new competitive aspect to Diablo 3 in lieu of team-based PvP? Or are you happy to do without?