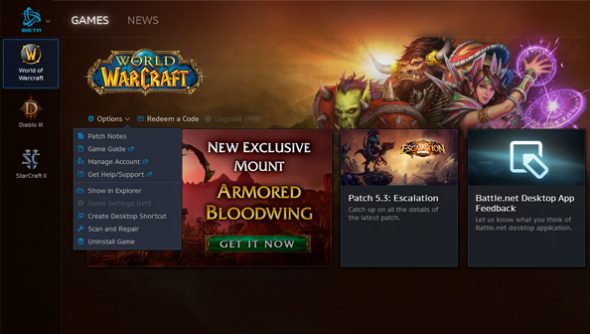 In January, the jobs board at Blizzard featured an opening for a producer on a “next-generation Battle.net desktop client”.* All’s been schtum from the development monolith since, but recent wigglings suggest that a release for the app is on the horizon.

Blizzard have just updated their support pages in reference to a ‘Battle.net desktop app’, which is about as unambiguous as this sort of news comes.

A Windows version has reportedly been in testing for months, and a glance at the company’s jobs page will confirm a Mac equivalent is also in the works.

MMO Champion have had an early (and very unofficial) preview of the client-in-testing. Their screenshots reveal an RSS-style feed that collates new for all of Blizzard’s games, thereby circumventing the need for muggins here: 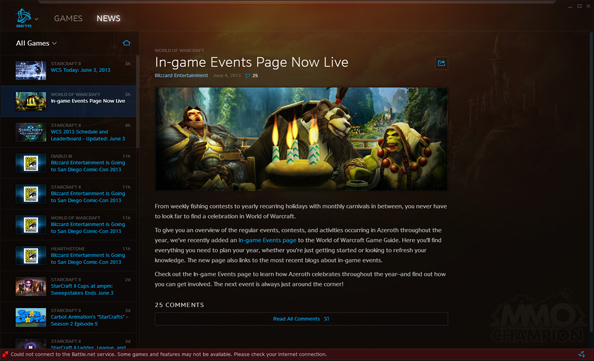 Launch pages for individual games, meanwhile, will update players on scheduled maintenance, leaderboards and incoming patches, as well as the things Blizz would like you to buy: 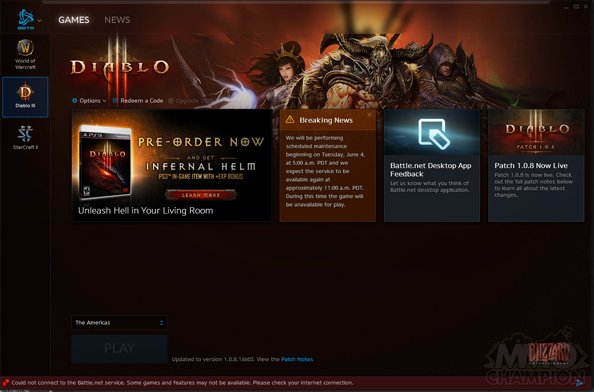 Promisingly, the client’s settings pages allow for a greater degree of control than we’ve become used to in our time with Steam – users will be able to deselect automatic updates for specific games or ask for notification when new patches come in. What’s more, you can multiple instances of the client on one machine.

Only Mighty Morhaime knows how much of this will surface in the Battle.net app at release – but I imagine it’ll see an awful lot of use, don’t you?

*Though it won’t really be next-gen until you can summon Skype in a sidebar, amirite?