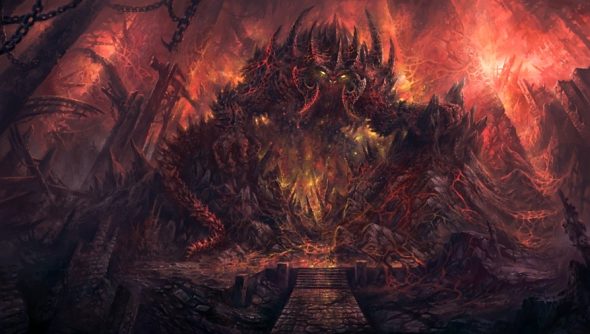 Some say it’s so graphically efficient it can run on an overclocked pocket calculator, and that what the camera can’t zoom in on the eye can’t really see. But Diablo III is a deceptively complex game, with its fair share of technical troubles that can trouble even the most powerful systems. And that’s before you get to the always online thing.
We can’t do much to help improve server stability or disconnects, but there are a few pieces of advice we can give you to get Diablo III running smoothly.

As with any game, the first thing to try upgrading your graphics card drivers. Good advice here too, unless you have an AMD graphics card. The latest 12.4 Catalyst drivers from amd.com have a known bug that affects Diablo III – fortunately there’s a hotfix for it. If you’re finding odd artefacts on screen and you have those drivers installed, grab the hotfix from here.

Even if you can play Battlefield 3 at Ultra settings, something about Diablo III can overstress the most modern of graphics cards. Random lock-ups, game crashes, slow framerates and blank screens could all be symptoms of your graphics card overheating – try turning Vsync on in the options and limiting ‘Max Foreground FPS’ to somewhere between 40 and 60. You can also try running in Windowed mode, as this sometimes cures the problem too.

Are you using an ASUS laptop?

According to the official support guide owners of ASUS laptops have encountered random crashes with Diablo III. You can download the latest ATK drivers to fix this here.

Is your GPU actually supported?

The minimum specs (GeForce 8600M GT or Radeon HD2600) might seem low and very out of date, but because of the peculiarities of graphics chip nomenclature they also don’t give a very good guide as to what is and isn’t supported. There’s a full list of chips which won’t work with Diablo III here, and it includes most of those made by Intel, natch.

According to reports Diablo III is every bit as tempting a target as World of Warcraft for account hackers, who are after your gold and gear. If you aren’t using it, the Blizzardauthenticatoris a good way to increase account security with two factor protection. You don’t have to buy a physical authenticator though – just download the mobile app to your phone and then follow the instructions on Battle.net to add it to your account.

The in-game settings for Diablo III are basic, and pretty self explanatory. There are four main options, Texture Quality, Shadow Quality, Physics and Clutter Density. Of those, the one that will have the most effect on your framerate is Shadow Quality – you can turn this down to Medium or Low without have too much visual impact on the game.

There’s an ini file stored as text on your PC which stores these settings, as well as a couple of hidden ones. You’ll find it in your C:/Users/your name/My Documents/Diablo III folder, and it’s called D3Prefs.txt. Most of the values are controlled by the sliders in the in-game settings screen, but you can set Reflection Quality and Trilinear Filtering to 0 for a small FPS boost without altering the look of the game too much.

Welcome to PCGamesN; we’re a new site covering the biggest PC games. Want more Diablo 3 content, including an investigation into how lag-spikes are killing thousands of hardcore characters? Click here.