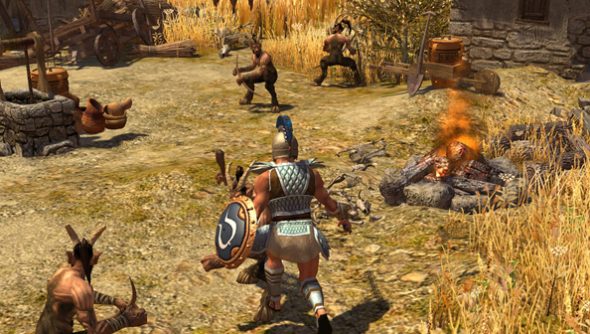 THQ’s Humble Bundle is in danger of becoming more of a Humblebrag Bundle. The ailing publisher has assembled the best of its recent back catalogue for the pay-whatever-you-fancy sale, which began with Saints Row: The Third, Darksiders, Metro 2033, Red Faction: Armageddon and a host of Company of Heroes’. Now, a pretty addendum to add to that list: stellar Diablo 2-alike Titan Quest.

During the long wait for Diablo 3, 2006’s Titan Quest stood alongside Torchlight as the most accomplished Blizzard clone around. Its developers have since formed the backbone of a new studio, Crate Entertainment, and have acquired the Quest engine for another go around – but it’s lovely to see that THQ haven’t forgotten the value of their achievements.

Then there’s a Red Faction: Armageddon mission pack, Path to War, but frankly we hadn’t heard a thing about that until just now. Perhaps you can enlighten us on that one? There’s the admiration of the PCGamesN community in it for you.