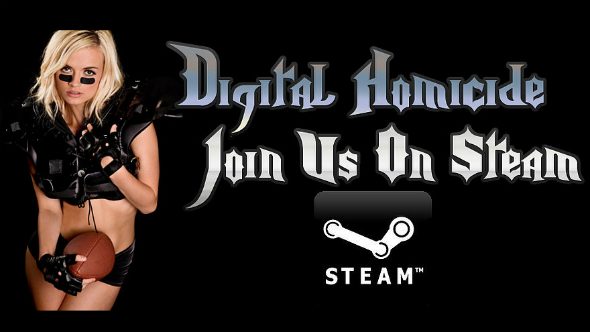 Update February 21, 2017: The Digital Homicide lawsuit against YouTuber James Stanton, aka Jim Sterling, in which he was charged with assault, libel, and slander by the game developers, has been dismissed with prejudice.

A dismissal of this type essentially means the lawsuit can’t crop up again. In a blog post, Sterling says the whole ordeal was a drain on both resources and his emotions. A dismissal was the best result he could hope for, as he probably wouldn’t have recuperated his costs if it went to court anyway.

We had a look at the shady world of paid-for reviews a few months back.

Sterling says the case was dropped after his lawyer explained to theplaintiff, James Romine, exactly what would happen if the case went to court.

“That it got as far as it did, went on for as long as it did, is atrocious – especially when this is a case that amounts to a game developer wanting to silence a game critic,” says Sterling.

“I personally viewed, and still view, the lawsuit as an attempted attack on my freedom to do my legally protected job. I personally perceive it as an attack launched by a man who is unable to deal with criticism in a reasonable fashion and has sought to blame me, continuously, for his failures.”

Thus concludes a year of legal disputes between Jim Sterling and Digital Homicide. At one point last year, the studio even attempted to sue some Steam users, as you can see in the original stories below.

Update October 3, 2016:Digital Homicide’s founderJames Romine’s lawsuits against Steam users have been cancelled, forcing him to close down the studio, citing Valve’s removal of their games as reason for both the closure and the lawsuit folding.

In an interview with TechRaptor, Romine claims some of the Steam harassers were competitors.

“At least two were competitors,” Romine claims. “The case dismissal was only due to financial reasons caused by the removal of our games. I believe the case was very solid. There were in excess of 140 false statements by the 11 steam users, tens of thousands of posts harassing myself and my customers, three direct interference with written contracts with third parties by steam users (some of which were competitors), and much more.

“A combined in excess of 25 reports were filed against the worst users of the 11 with no resolutions being found.”

He goes on to say that he feels like Steam’s moderation tools failed them, and that they were harassed by some users for “18+ months”, with further suggestions that competitors were making false reviews, running Digital Homicide’s games on unsupported hardware, that sort of thing.

“As far as digital homicide? It’s destroyed,” he concludes. “It’s been stomped into the ground from a thousand directions and use is discontinued. I’m going back into the work force and watching what’s really going on. Not gaming media gossip – the real stories are in the legal documents. Not talking about mine.”

Update September 18, 2016:Digital Homicide has replied to Valve’s official statement on removing the studio’s games from Steam by pledging to seek legal action against the digital publishing platform for “over 100 infractions in need of litigation”.

The studio had all 18 of its games removed from the digital storefront on Friday night after issuing Valve a subpoena this week for customer details in order to pursue legal action against 100 users for “harassment and criminal impersonation”.

“I’d like to give some context to [Valve communications director Doug Lombardi’s] offficial statement: “Valve has stopped doing business with Digital Homicide for being hostile to Steam customers,”” thestudio’s statementreads. “What has actually transpired was a lack of resolution from Steam in regards tomoderation of theirplatform which might sound like a tough job to do, but coming from a company that bragsits profitability per employee is higher than google, it just shows a reckless disregard for for the well being of their community for profits.”

The statement continues to assert that Valve’s decision to remove their games from sale only sends a message that the harassment the studio was subject to is justifiable, but defending itself through litigation is not.

“By removing us theyhave taken thestance that users have the right to harass me, tell me I should kill myself, and insult my family,” the unsigned statement continues. “If I try to defend myself against said actions then I lose my family’s income. If itwasn’t for 2 years of experience of dealing with Steam on a regular basis, this disgusting stance would seem shocking to me.”

The author, again unknown though very likely co-founder James Romine who filed the original court documents in Arizona this week, then pledges to look into legal action against Valve for a myriad of corporate offences.

“The only thing that prevented me seeking legal counsel for a long list of breach of contracts, interference with business, and anti-trust issues was the fear of losing my family’s income,” the statement says. “Since that has been taken away I am seeking legal representation. The case will benefit from a long list of organized documentation of events that have happened over the past 2 years includingdates, screenshots, emails, and more on over 100 infractions in need of litigation.”

The statement concludes with a request for any legal counsel interested in taking on the case to contact the studio via an email address. The company’s last attempted litigation against game critic Jim Sterling has yet to come to fruition as thecrowdfunding for counselis stalled at $425 of a $75,000 goal.

Original story:Notorious game studio Digital Homicide has had all traces of its games removed from the Steam store after attempting to sue 100 members of a Steam group for stalking, harassment and criminal impersonation.

The games were removed late last night within a week of Digital Homicide’s co-founder James Rominefiling a lawsuitwith an Arizona courthouse asking for $18m in damages from 100 anonymous Steam users.

As part of this legal process, the studio served Valve with a subpoena for the identities of those users, thus getting the big bad involved in their frivolous litigations. Digital Homicide have hit headlines previously in recent months after attempting to sue critic Jim Sterling (real name James Stanton) for $10m in libel and slander allegations.

Valve’s response has been to remove every one of the studio’s 18 available games from the store and can more than 30 titles currently in Greenlight (you can see the culling throughSteamDB’s history here). A statement issued by Valve’s communications director Doug Lombardi simply says: “Valve has stopped doing business with Digital Homicide for being hostile to Steam customers.”

The customers Digital Homicide had been targeting were part of a Steam group named “Digital Homicides” and formerly “Poop Games” which described itself as “a dedicated consumer-advocacy group and censorship safe haven.”

It alleges ten of the group made false accusations and posted negative reviews causing “financial damage and emotional and mental anguish.”