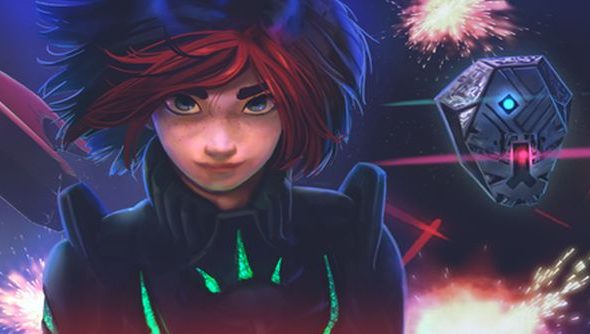 2Awesome Studio has been left picking up the pieces of their Dimension Drive Kickstarter, as the project failed to meet its goal of €30,000 due to a fraudulent donation. Just when the project was seemingly coming to a close, without meeting its goal, a single backer pledged a whopping €7,000 to put them over.

But the moment of joy was not to last, as Kickstarter notified the indie devs that the pledge wasn’t to be. “Don’t know what to do now,” said 2Awesome Studios. “Mentally devastated.”

The proposed shooter, Dimension Drive, was missing only €7,000 to reach its goal as the clock ticked down. Then out of no where, a backer named “Jonathan” fronted the entire lot themselves, much to the relief of the devs.

Who is Jonathan, Jonathan is our hero! We love you and we want to meet you in person! THANK YOU 7000k in a single pledge! #DimensionDrive

We’ve just been informed by Kickstarter that the 7K euro pledge was fraudulent. Somebody played with our dreams. Sorry for the confussion 🙁

“Honestly speaking it has been an exhausting month for us.” 2Awesome’s Alejandro Santiago said to Kotaku. “We have been working really hard to make our campaign a success, and right now we are demoralized, you name it.”

But all hope might not yet be lost. In response to the tragic event, Rami Ismail from indie studio Vlambeer, and video game writer Rhianna Pratchett, have promised to help fill the gap if the project were to be granted an extension.

@tha_rami I’ll match it if they get an extension.

We’ll keep an eye on the project, and update this story if any new developments occur.