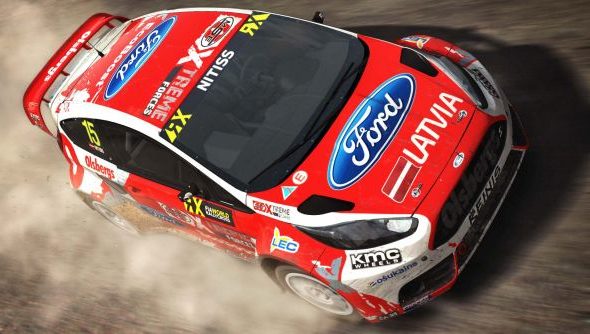 DiRT Rally rather impressively burst onto the scene earlier this year when it was announced and released into Early Access in the same week. “Fully-featured” might be pushing it, but it was already impressive in scope and playability when it arrived, despite the beta tag. It’s now starting to receive significant updates, with the most recent adding cars and tracks from the FIA World Rallycross series of events.

The new update, which is already live on Steam, also adds a career mode focused on Rallycross along with new tracks based in the UK and Sweden. The new cars are the Ford Fiesta WRX, Volkswagen Polo Rallycross and Peugeot 208 WRX. You can see the full patch notes here, which also include a large number of fixes and stability improvements, along with some more minor additions.

The second World RX update has also been teased and will include “a new track, new cars and online competitive play.” At the moment, DiRT Rally only allows for Leaderboard-based online play across various modes and tracks. Actual lobbies and races are a big step on the road to the planned full release in November. We found outtwo weeks agothat it’s unlikely to allow mods, however.